The other day I talked about why and how I use ACR to bring out more drama in my landscape images. Most of the time I like to be subtle so that it’s not obvious what I’m doing. The reason being that I want people to stop and look at the image and say to themselves, “how did he do that?” The more time someone spends looking at one image of yours the better. Well throughout this while process I keep trying to come up with different ideas and different examples to show. This time I went with a little but more obvious one. 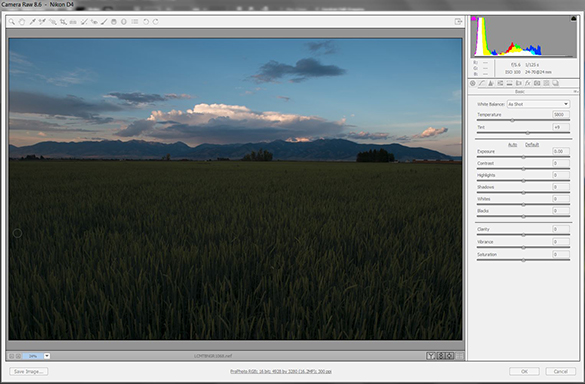 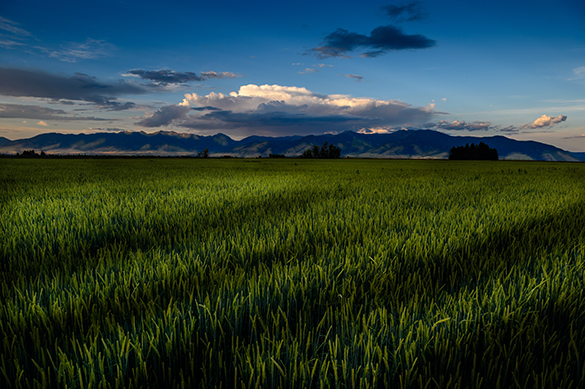 If it ain’t obvious yet I really do like to go out when there are thunderstorms because the clouds simply can’t be beat. If you’ve have ever been in the northwest or anywhere else that has large fields of alfalfa, wheat or barley then you know there are lots of possibilities for shooting. But what happens when there is no light? Well off to the west the sun was stuck behind the clouds but a break was coming. To the east was this one lone cloud over the Bridgers. By simply using the adjustment brush and upping the exposure and shadows a little but I worked in a few areas of light. Starting with one pin and moving on to three more, I slowly built up the the amount of light in each area. It really does feel like painting sometimes and is certainly not as subtle as previous one I have done, but it’s fun nevertheless and the results kind of speak for themselves. 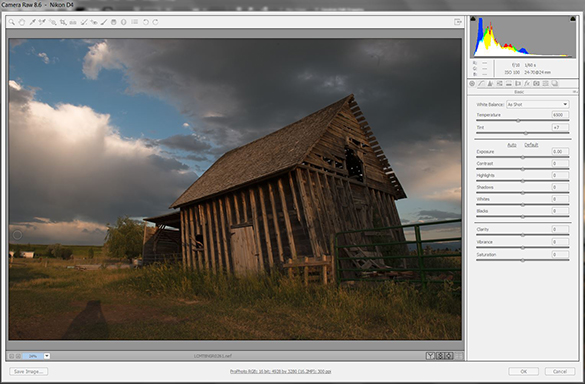 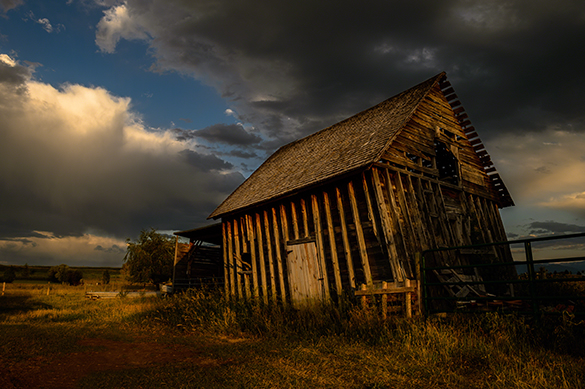 I am happy to announce that this September at Photoshop World I will be giving my first presentation at none other than the Adobe Booth. I am so excited and a little bit anxious but it’s going to be fun. The topic I’m going to be talking about is what I like to call Light painting in Camera Raw. Now I’ve been talking with the amazing Russell Brown and we agreed that little preview would also be fun. So all this week I will be talking about what I do and how the adjustment brush in Camera Raw can be your best friend. To get things started here’s a quick example. 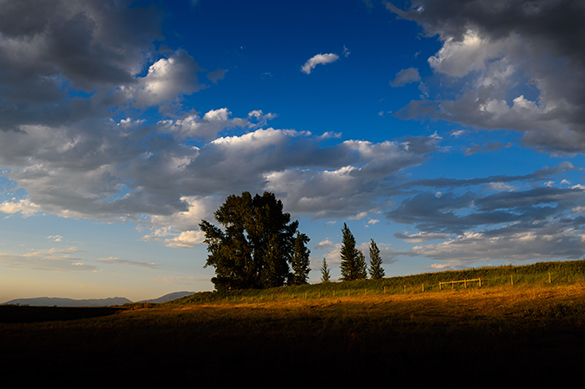