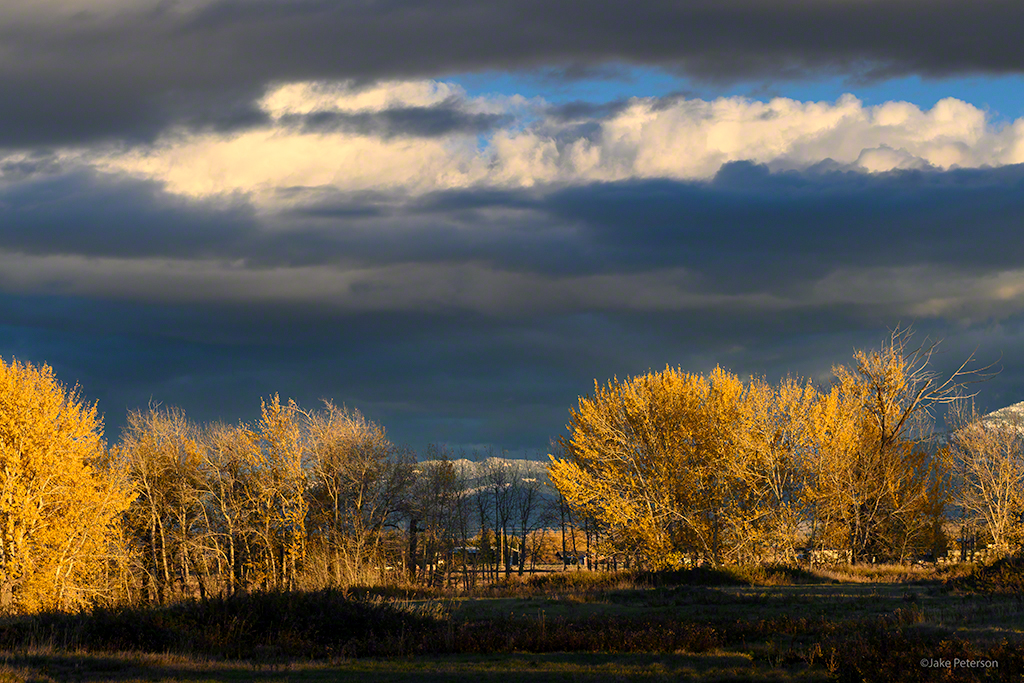 Fall has yet again come and gone. It was an amazing year with some truly gorgeous colors in the Cottonwoods and Aspens but with one good storm, it’s back to the bare bones of the soon-to-be frozen ground. As always I didn’t get out nearly as much as I would have liked but I did manage to get a few good photo trips in this Fall and am greatly looking forward to what Winter has to bring. 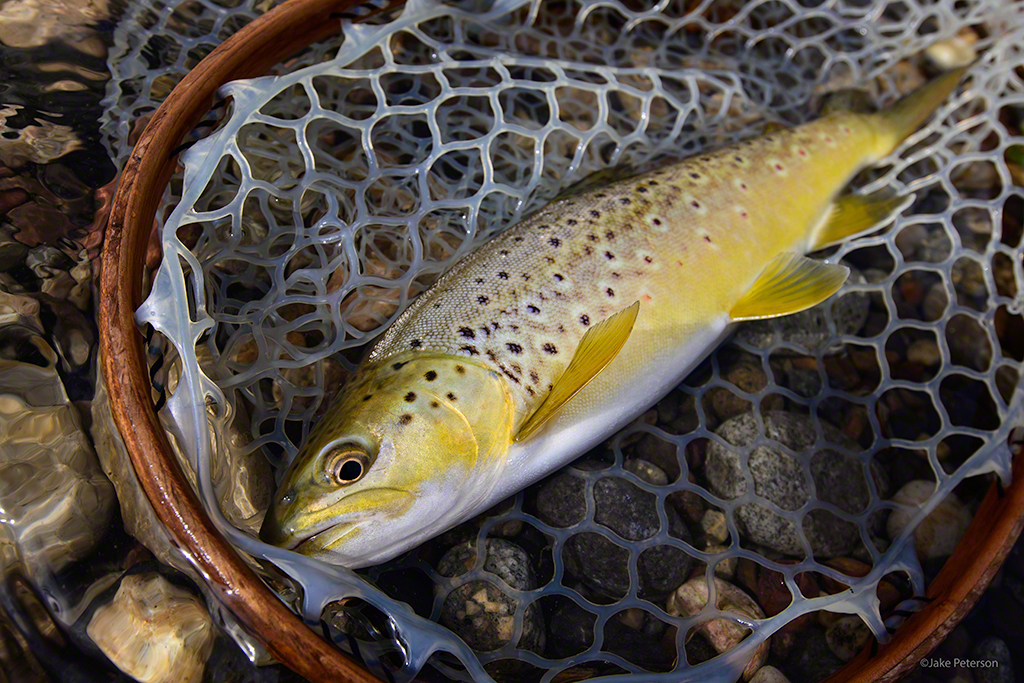 Big or small catching fish is always about having fun and with a 4wt these little guys are a blast. Fall is a great time for brown trout as they are getting ready to spawn and are much more aggressive making them more likely to bite. What’s great about this is all of the colors they start to show and as a photographer more color is always a good thing. A little light and a nice rocky background set the stage for this aquatic treasure. 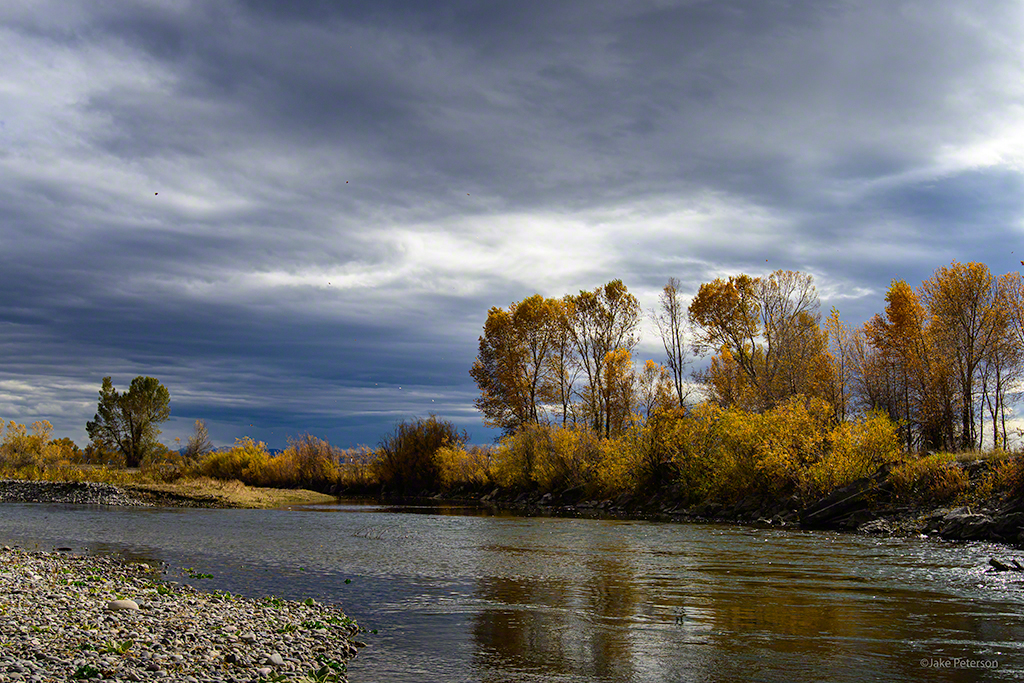 Fall is all about the changing of the seasons and seeing that dramatic pop in color in the trees. Some of us are lucky enough to live in areas where that is more prevalent than others. What I’ve always loved about this time of the year is when an afternoon storm rolls through and the sky becomes very dark. All of a sudden there is this great contrast between the dark sky and the bright leaves on the trees which makes for some great drama.

It always makes me nervous when its October and it feels like the beginning of September. I don’t know if that is because I spent all of September inside on the computer working or if it’s just going to be one of those years. Usually when we get nice weather like this it means that one big dump is coming. It’s just the way Montana is. However, this is a goofy year and a lot of the locals are split on what winter will be like. The Farmers Almanac says that this is going to be one of the coldest winters we’ve ever had but the weather service says the exact opposite. It’ll be interesting to see how it plays out but until then the fall color is still around due to the warm temperatures. 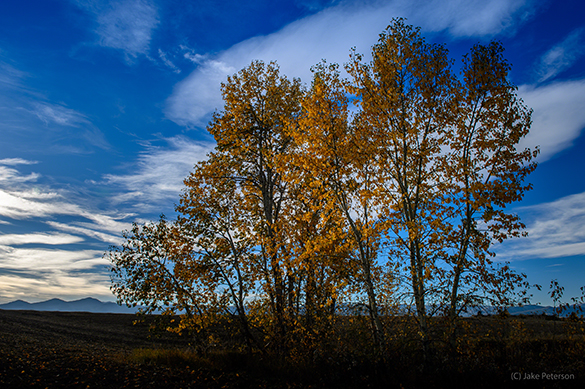 Now when I went out hunting I wasn’t just watching everyone else, I was watching the scenary. The landscape was beautiful on the ranch we were on and I took full advantage of it! With the D4 and 24-70 AF-S it was real siple enjoyable shooting with simple colorful subjects in the morning light. These Cottonwoods naturally caught my eye. We even had clouds that day! 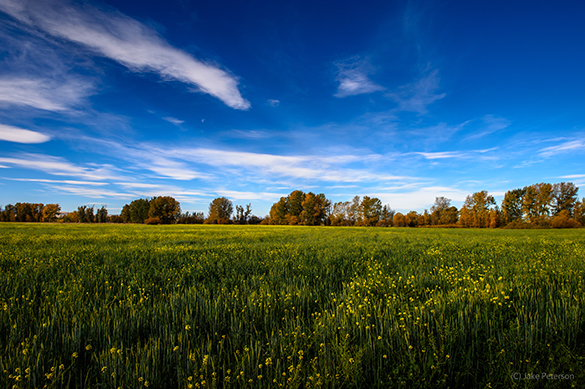 Then as we walked toward the back half of the ranch the Mustard Grass was alive in a sea of gold that when paired with the fall color Cottonwoods and blue sky, made you want to just lie down and enjoy the day.