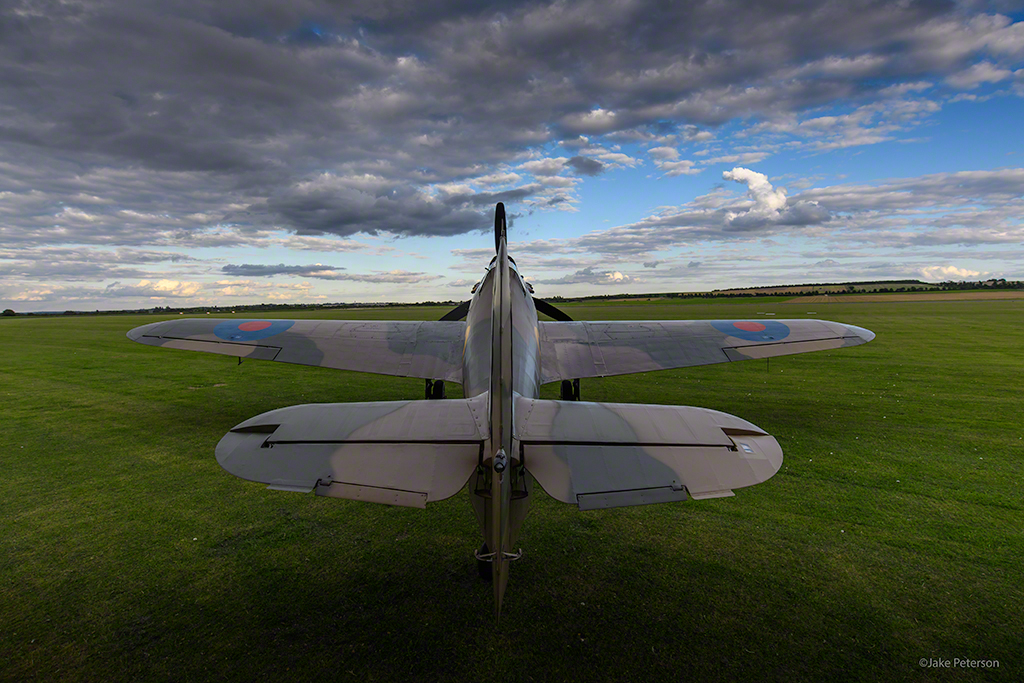 The Hawker Hurricane is an amazing fighter plane with a very colorful history. It’s sad that so few exist in the world. At the time of its conception, it was a ground breaking plane with its retractable landing gear, speed, and armament. Like most planes, though it was merely a stepping stone along the line of the next great thing to come along. Still one of my favorites. While in England many years ago I had the chance to photograph a Hurricane on a beautiful evening shoot. This question popped up like has happened so many times in the past, do you level the subject or the background? I’ve dealt with this a lot and for me, the answer has always been the subject because that’s where the eye goes first. It just looks weird to have the subject crocked to me and if that means the horizon is at a slant, well then that just means the subject is on a hill.

It was never as fast as the Spitfire, not quite as slick looking nor did it acquire the provenance like the Spitfire but the Hurricane was the RAF’s first single seat monoplane fighter. It gained fame during the Battle of Britain when it was responsible for 60% of the aircraft shot down. The Hurricane was exported to countries around the world for use by the allies. It was tough, rugged and reliable which made pilots fall in love with it. 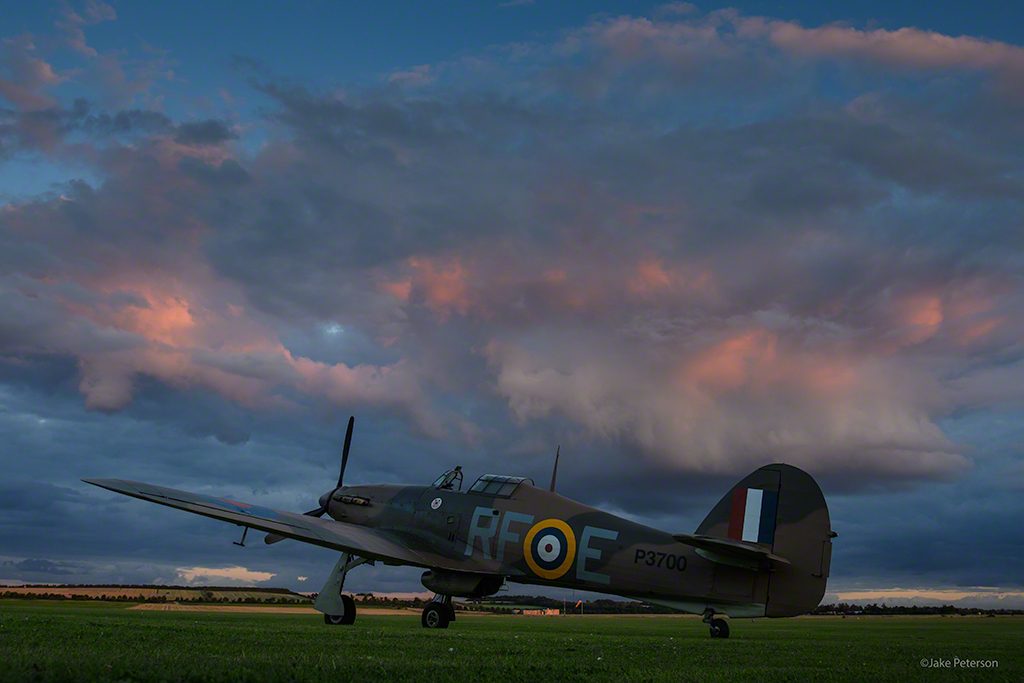 In todays world, without the environment in which made this plane famous, how do you show the world in which it flew in? In this case it was a little bit of luck. While in Britain I learned that most people love having clear sky days but that’s never what we want as a photographer. On the last evening with the Hurricane the wind blew in one heck of a storm cloud and the light that caught it was amazing. It’s oh so rare to get the exact weather that captures the essence of the plane itself. 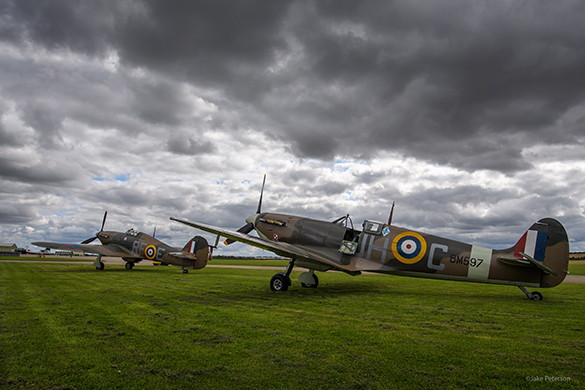