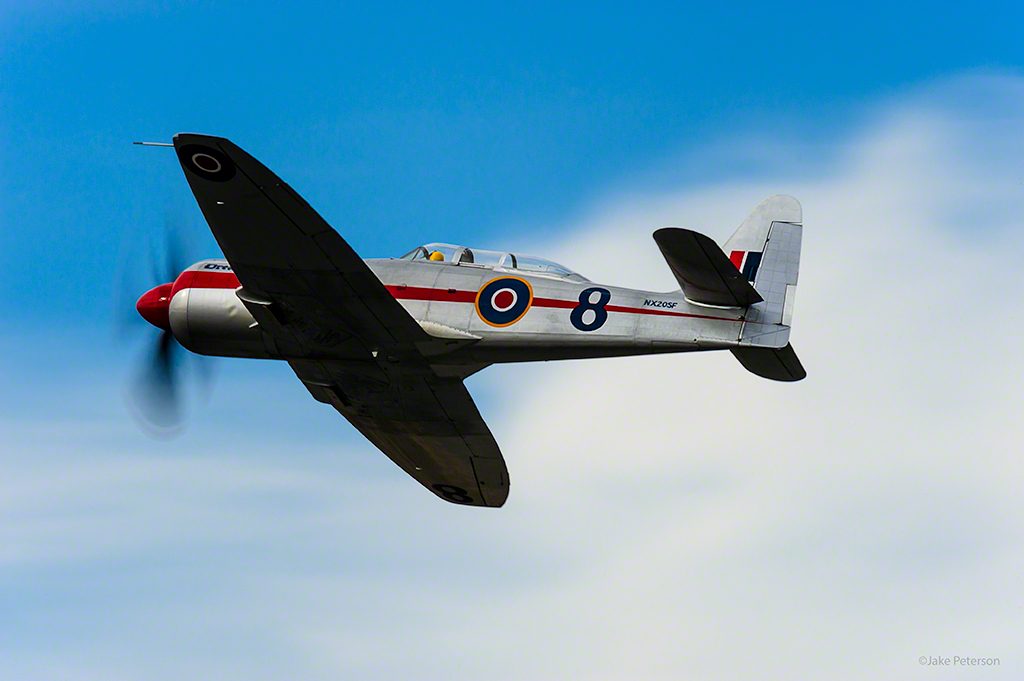 The Hawker Sea Fury was developed too late to see combat in WWII but it saw plenty of action in the decades afterward. Powered by the Bristol Centaurus 18 Cylinder Radial Engine, the Sea Fury was an impressive fighter. With a maximum speed of 460 mph it could easily keep up with the other fighters of its day. Today you can see it flying around the pylons at the Reno Air Races.

Where do you start with aviation photography? It’s on the ground. Static photography is one of the most challenging areas to work with planes and is often where most have issues but it is an essential area to master. Static photography present many challenges the greatest being the background. It’s rarely ever clean which means often either staging the plane, which requires knowing the pilot/owner, or cleaning up the image in post. But it is important to get good clean engaging static images because magazine editors always look for them. If you can master the lighting and composition challenges of static photography then when you move to air to air your life becomes so much easier. 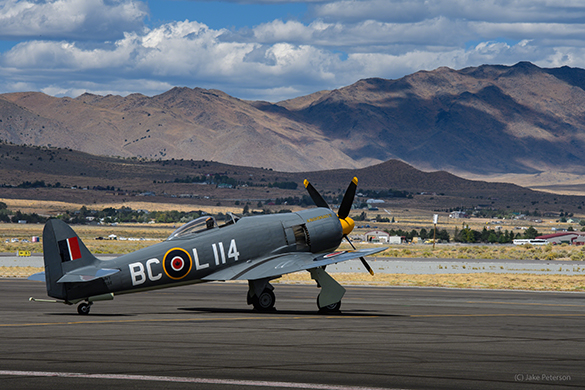 One of my favorite planes flew into Oshkosh one day, the Hawker Sea Fury. I wish I had something classy and inspirational but it’s just simple image. 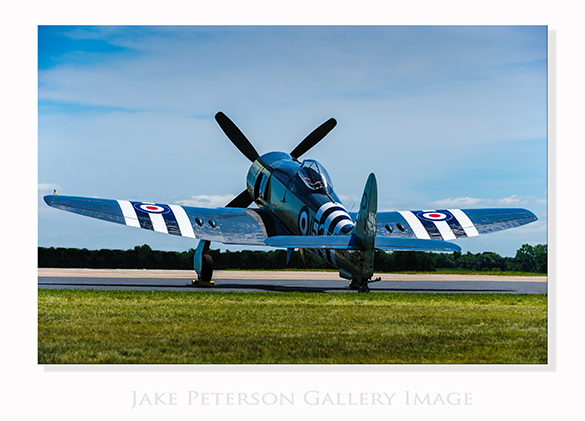 It’s all most that time of the year again for the Reno Air Races and I am greatly excited about going this year! After the tragic accident last year, it will be nice to be back at Stead surrounded with those that care about the future of these great races.

This was taken last year at the races with a technique not commonly used. Dad and I were panning with 600f4’s on tripods as the planes were going by. Using the longer glass than the 200-400 made it possible to get more close up shots but also more challenging. Panning with such a lens was difficult due to the planes moving so fast and being physically stuck to the ground with the tripod. This plane is known as “Sawbones” a Hawker Sea Fury and Gold Unlimited Competitor.