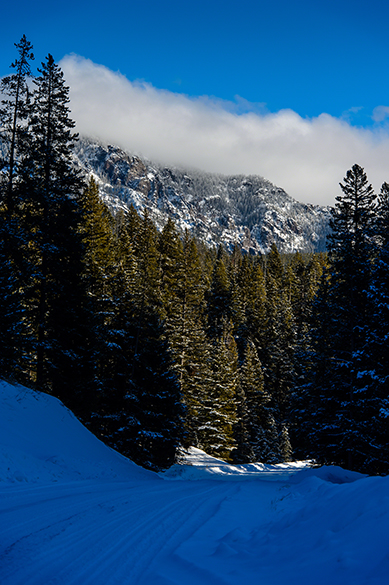 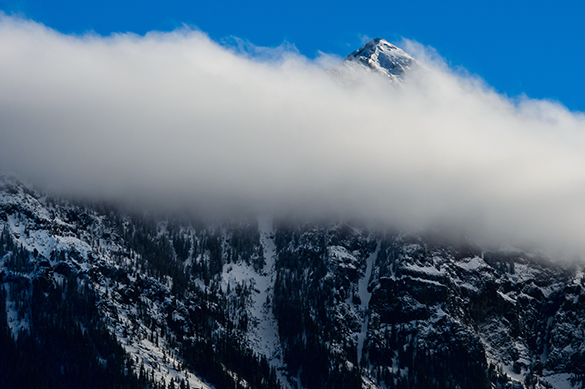 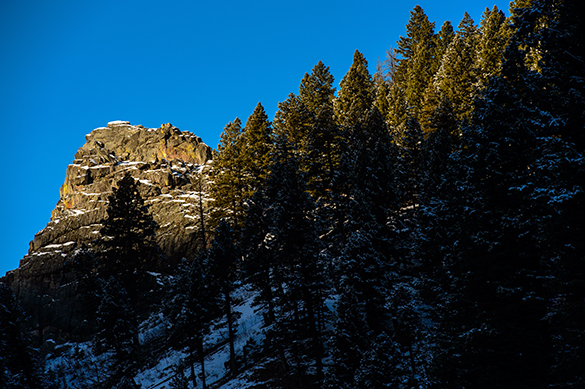 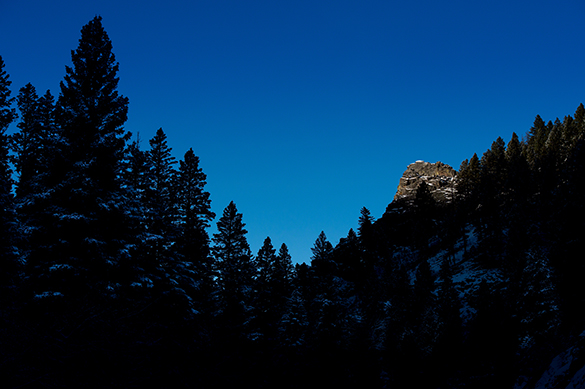 The one downside to trying to get out shooting in Winter are the many days of grey skies. Naturally when the first day comes around with clearer shies, it’s out driving around with the camera in hand. With the recent weather patterns and the cold temps I knew there would still be snow covering the trees in Hyalite Canyon. One of my favorite and one of the best ways to capture the natural beauty of a cold winter day is the abstract patterns that arise from snow covered pine trees. Using the D4 and 70-200VRII it’s easy to find the patterns that pop out in the snow. The 70-200 VRII helps to isolate those areas that are interesting without capturing everything else, like the blue sky above or the ugly brook below. It’s about the patterns. 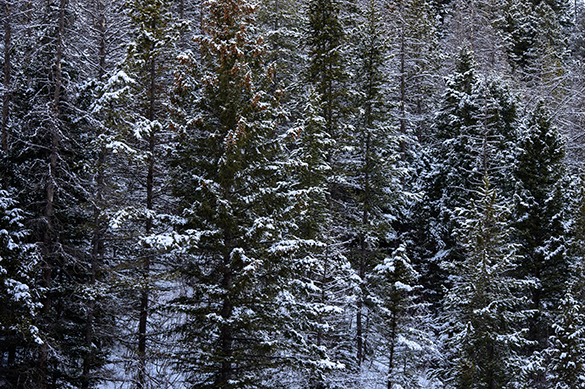 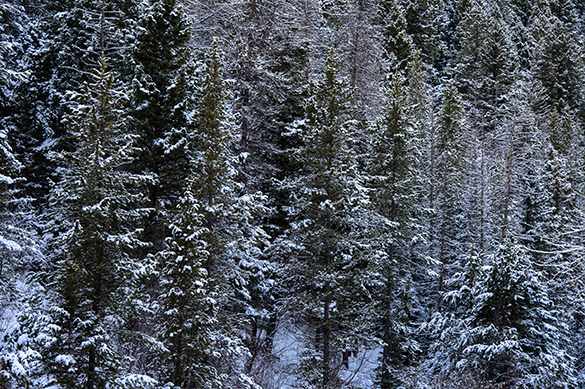 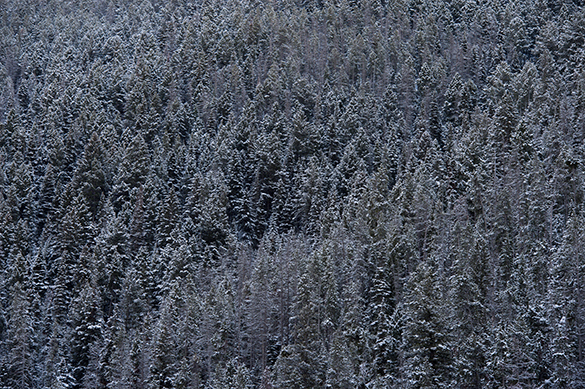 You know it’s funny the things that you think about where you grow up and the things that you don’t think about. Since I have always lived in the mountains I never thought about those iconic white Christmas days. For me either there was snow or there wasn’t. Most of the time there was. It wasn’t a really big deal. It wasn’t until i got older that I learned that some people really enjoy those white Christmas’s and don’t always get them. Well I can’t make it snow but here is a nice snowy picture to enjoy. 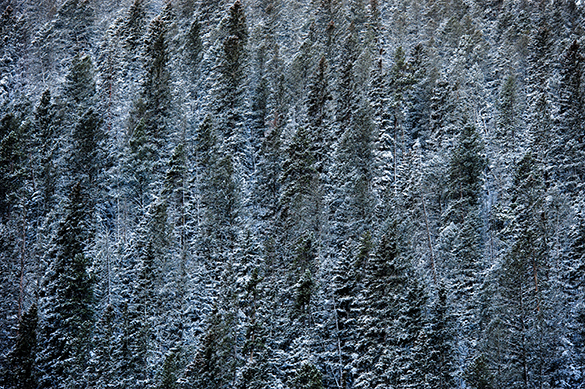 The great thing about living in the mountains isn’t just the beauty but the fact that you can look around at a frozen mountain lake and see on to the East one view and something else to the North. Looking at Hyalite Reservoir the East was warm in the glowing afternoon light, but to the north it seemed so much colder. Nothing but shadows laid across that way. Probably one of the features I enjoy the best so far about the D610 is how comfortable it feels while carrying it around while out in the field. With the 24-70 it’s really nice to carry with no pulling or exhaustion in the arm. After a while of slinging around a camera that can make a big difference. 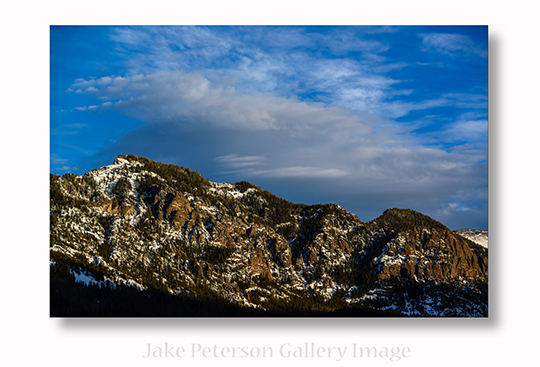 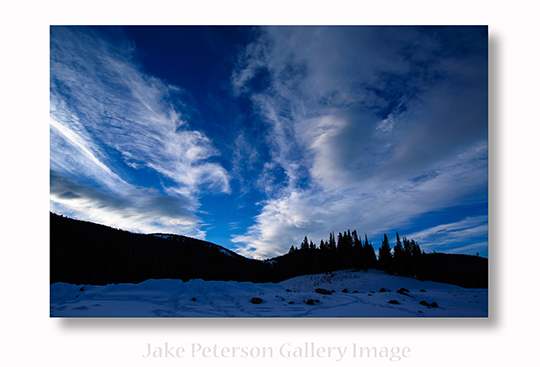 One of the great things about playing with snow is all the different ways you can manipulate light. Snow by itself is white but keep in mind that snow is made up of ice crystals which are variants of blue and purple. To get the feeling of how cold it really is you have to bring out that blue tone in the ice. A simple adjustment in ACR makes that real easy to do. 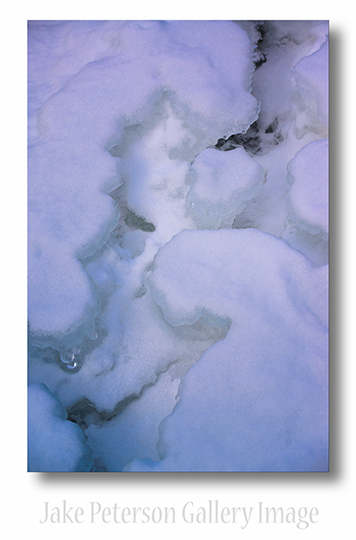 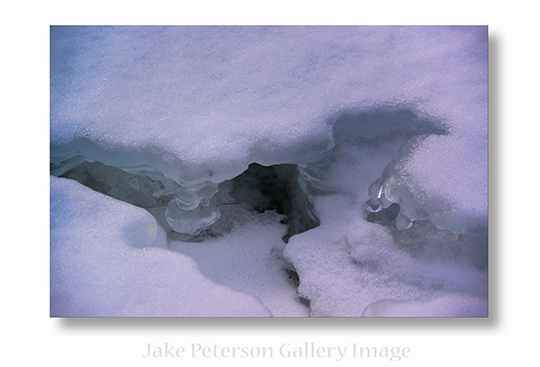 While I was out doing some more tests with the D610, I stumbled upon this rather unique boulder. I actually didn’t catch this right away. I saw it in my rear view mirror and started scratching my head. When I got out and looked my first thought was that it was a hoax, either someone placed it there or carved it into the rock. Well I didn’t hike up the cliff to find out but from the way the sediment and snow laid around the rock it seemed legit. Now maybe it’s just my sick sense of humor but to me it looks like a hippo eating a hamster. I don’t know but thought it would be fun for a Wednesday. 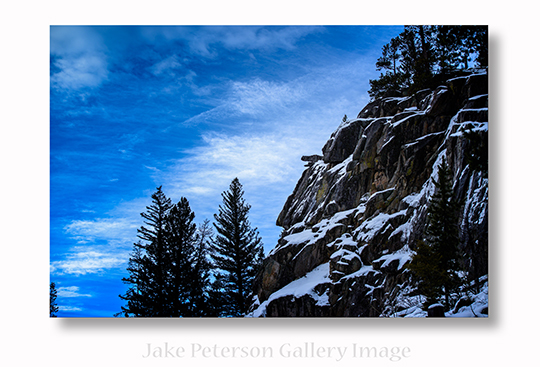 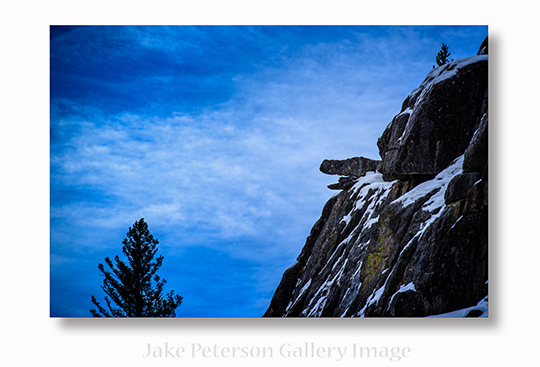 Lately we have been having a lot of storms come through Bozeman and have gotten a decent amount of moisture out of them, but they have also left with some boring skies. This past weekend we had a great weekend of beautiful skies and some warmer temps. It actually started to feel like Fall again and not Winter. I took advantage of the nice weather by heading up to one of my favorite haunts, Hyalite Canyon. A rather common place with Bozemanites but a very scenic one. It’s one of those canyons that is great just to drive through. This one lone Cottonwood stood out to me as I was driving by in the afternoon light. Real simple process with just a vignette to bring the eye back to the subject. It’s nice when it’s simple. 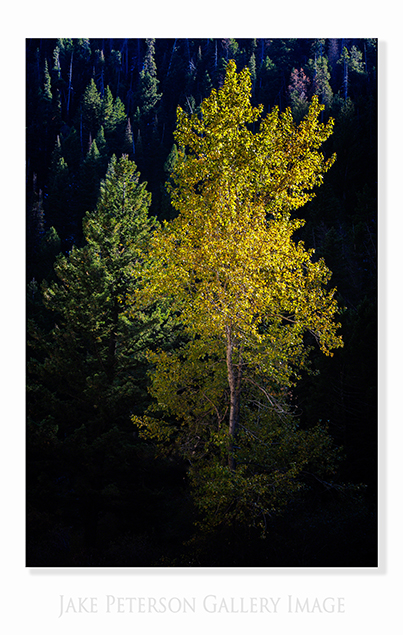 I love living in the mountains. Everyone has their own region that they love being as opposed to all others. For me that is the mountains. Although the ranges have changed over the years, being able to drive up into the Pine Trees whenever I want to is very nice. This past weekend I drove up into Hyalite Canyon which is one of my favorite places to go outside Bozeman. 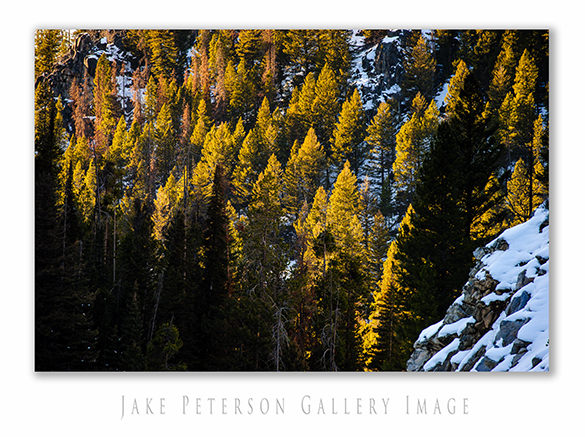 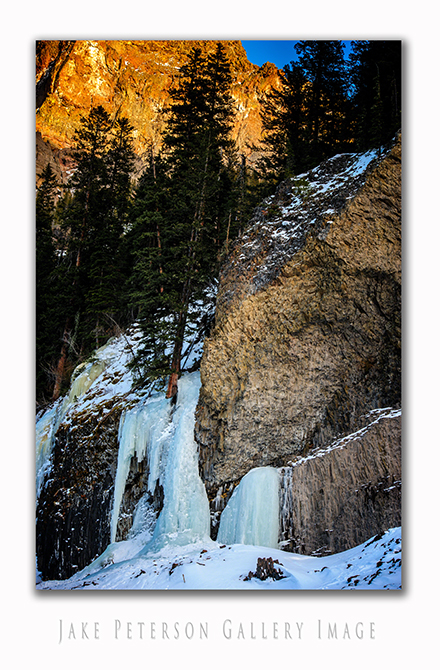 The light was not ideal. Nor was there any really great clouds. But there was enough to go hiking up to the Grotto to play around with the ice. I think I may have gone a little late in the year because the rock cliffs were not nearly as covered as they had been in the past. It was still pretty cool to people climbing up the ice walls.

At the end of the day the best thing when out is a good sunset. I wasn’t sure if we were going to get that sunset or not between having no clouds in the afternoon, to perfect clouds and then to much clouds. The wisps went away and we had clouds packed in over the lake. The sky never lit up like I was hoping but the mountains did have light shinning on them for a brief moment. Literally I took a few shots, turned around to change lenses and when i turned back the light was gone. It happens that fast. 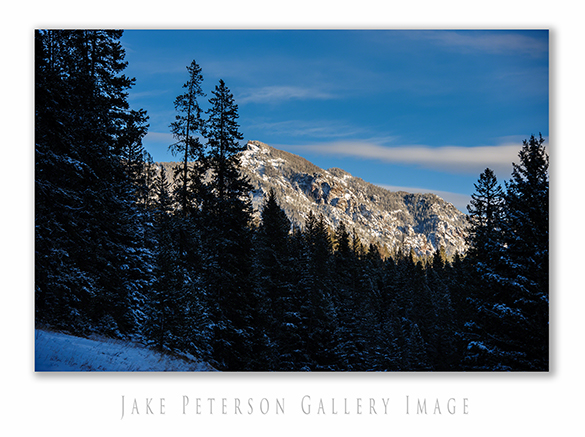 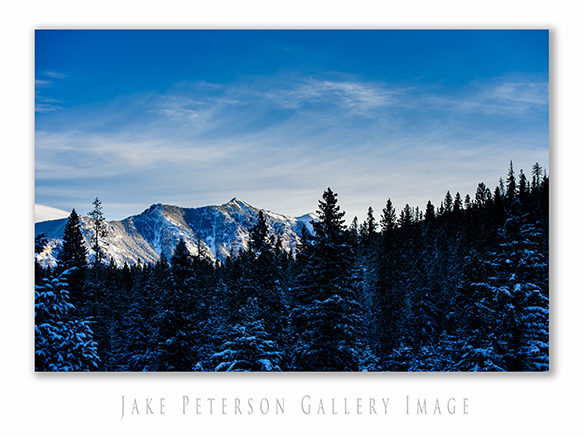 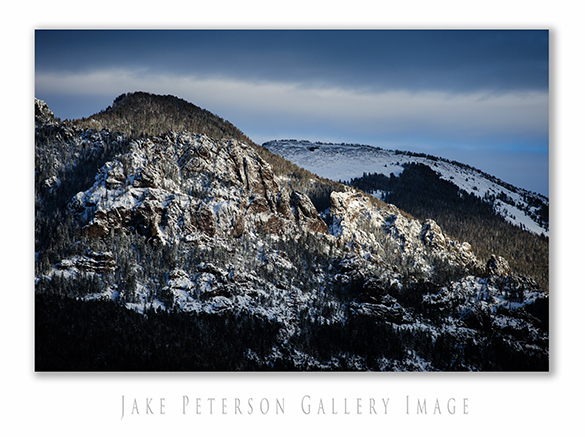 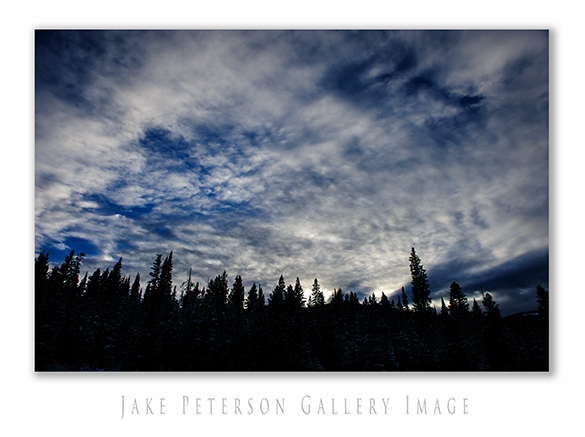