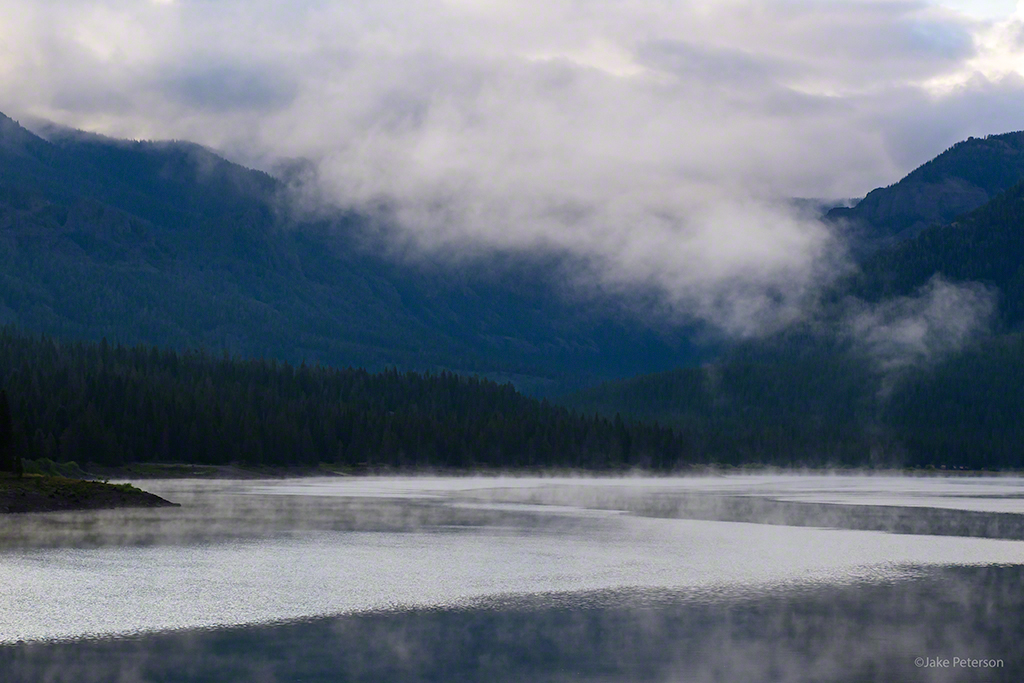 I’ve never been much for getting up early but sometimes it really does pay off to get up early. Fall is here and we’re finally getting the lower temps combined with warmer afternoons making for some great photography. A couple of weekends ago I went to Hyalite Reservoir which is a place I tend to underestimate, one because of how beautiful it is and two just how much you can do up there. Despite how little time I spend up there, this was by far the most beautiful morning I have ever encountered upon the reservoir. The clouds were puffy and scattered and the sun heated up the air above the reservoir created an amazing layer of steam.

It’s that time of the year that i always like in Montana while most Montanans don’t. The cold temperatures are starting to set in and the leaves are really falling off now. Pretty soon everything will be covered in a nice blanket of white snow. The other day I went out for sunset up in a nearby place, Hyalite Canyon. It’s a canyon that runs along a creek up to the reservoir just south of Bozeman. It’s a nice little place for camping, fishing, hiking, and of course some photography.

The canyon still had some fall color left but most had disappeared. What really caught my attention was the lite layer of frost on the trees and the ground. It was enough to get a few clicks of for a couple decent black and whites. As the sun was setting this one lonely cloud lit up for me. 20 degrees out and it’s time to head back down.