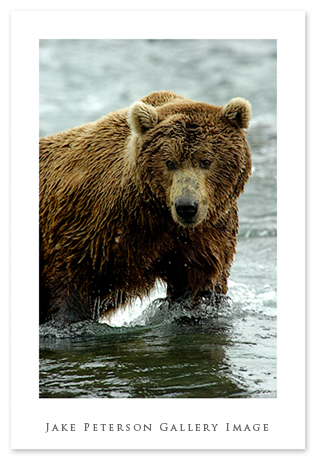 Wow how amazing its been here. So many bears, the highest we saw were 40 bears. They were all so great looking, their fur coats hadn’t shed for the most part. Some of them were beginning to lose their winters coats while others were not. These amazing creatures spend so much of their time wading out in the rivers and either standing or sitting, watch the fish go by. During the Salmon run they spend much of their time fishing, instead of eating grasses, which is what they eat half the time. Truly remarkable animals. 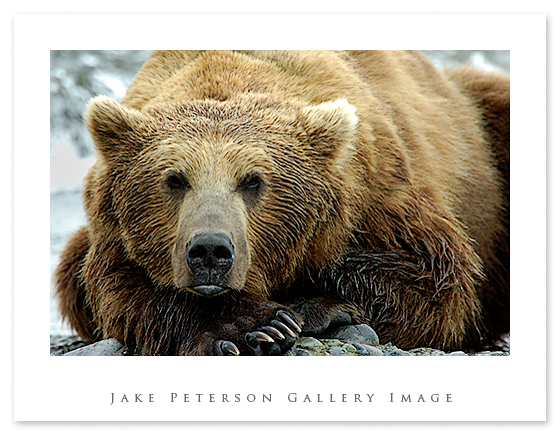 The bears get tired, who wouldn’t after standing all day in the river in fast currents. When they do they move over to a vacant rockor patch of grass and sleep for a while to recover. They also do this to watch fish and just not waste any of those precious calories that they spend so much timing getting. 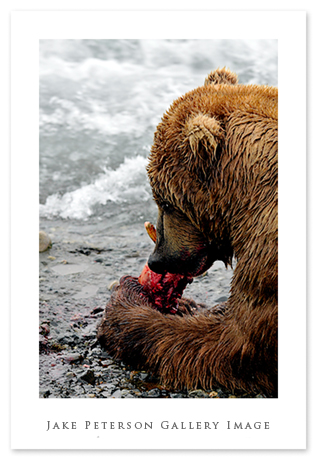 This is one of the bears chumping down on a salmon he had just caught from the river behind him. 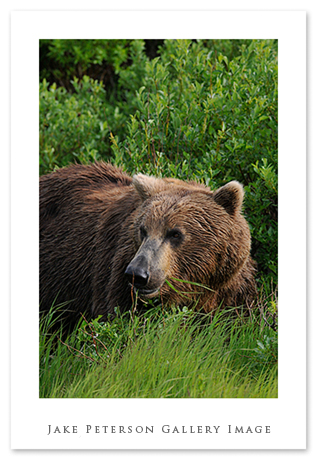 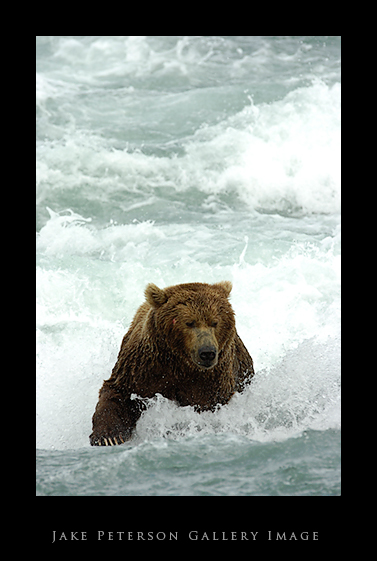 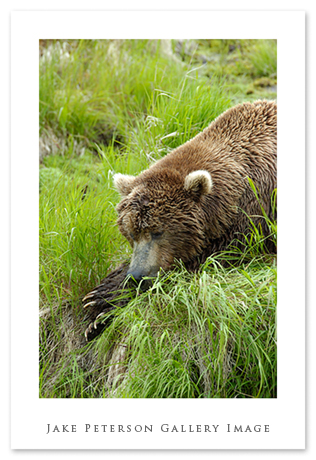