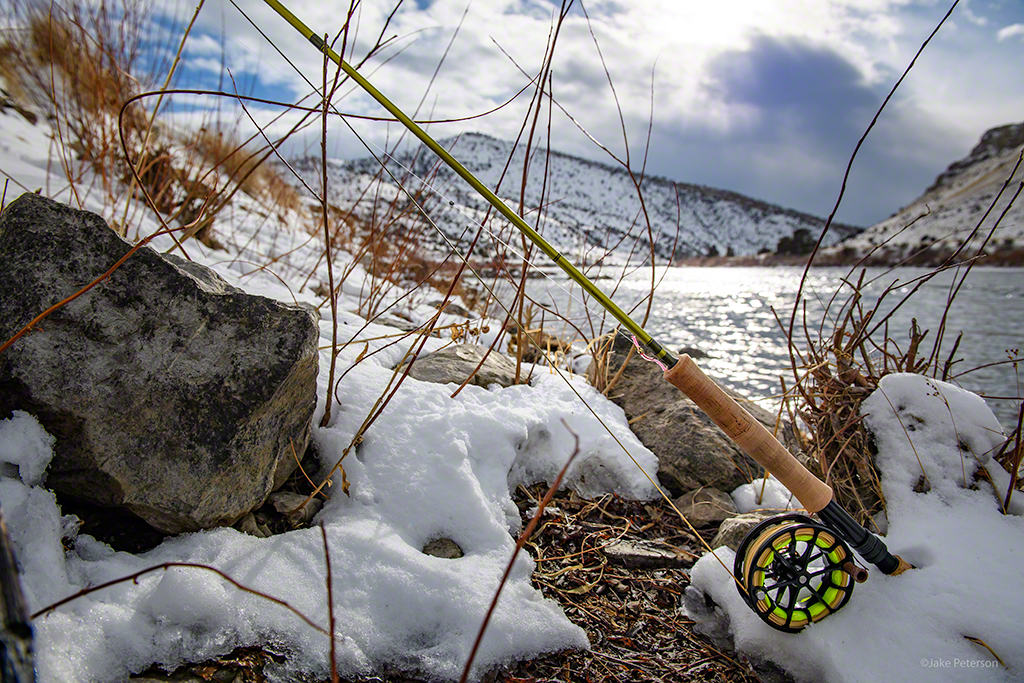 I got this rod and reel last year and I can’t wait to put it to use again this winter season! Don’t get me wrong I’ve spent some time with it this past year but winter fishing is something special. The Rainbow Trout are getting ready to spawn in a few months and the Brown Trout still have their dark fall spawning colors. Add to all that the great winter landscape that goes with the rivers and you can have some amazing photo opps that comes with the fishing. 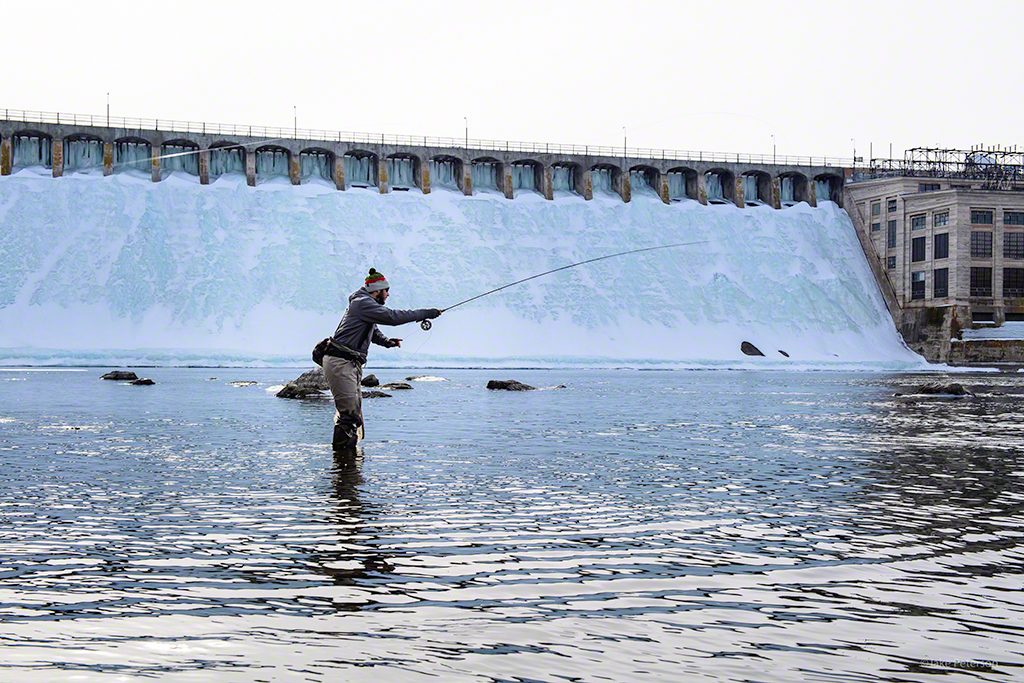 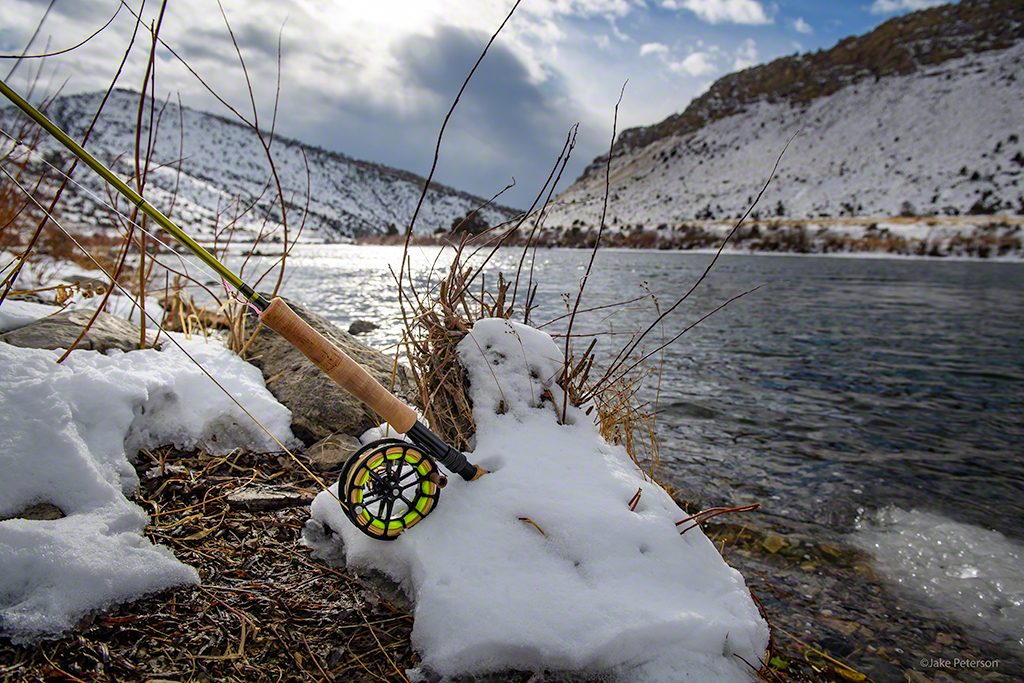 Ever since I got this new reel and rod setup, I have been taking photos of it. The Sage Pulse, 9′ 6wt and Ross Evolution LTX Reel are just an amazing combo! Beyond the feel and application purposes combined they are just gorgeous in any photo. Naturally this past weekend while there was a little break in the cloud cover, I had to grab a couple of quick clicks. 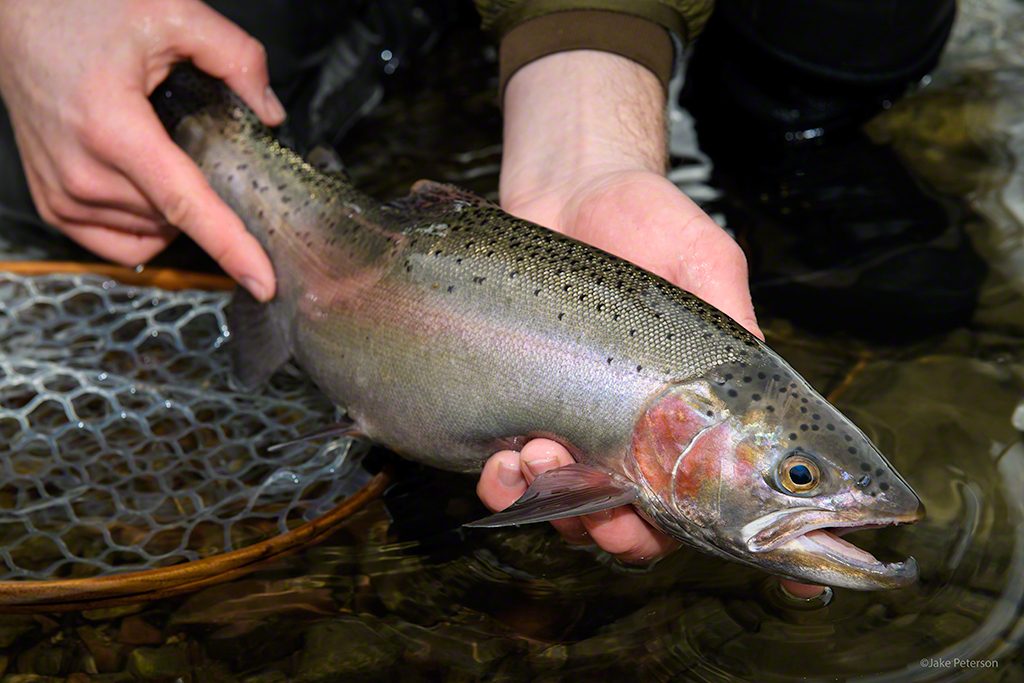 Winter is one of my favorite times to be using the flyrod because the fishing can be amazing. Rainbow Trout spawn in the spring and as they move up the river they become more aggressive. Males can grow large Kype’s on their lower jaw but this one takes the cake. I haven’t seen such a kype in such a small fish before but those little details certainly make for interesting individuals to work with.

As I have stated many times before, I love this time of the year! The cold dark dreary days of winter can start to eat away at your spirit if you don’t find ways to overcome it. For me that’s taking pictures, fishing and skiing; generally in that order. Each of these areas yield different rewards some due overlap.

One thing I have been pushing more and more in my fishing photography is the use of props and not just doing the smiling portrait with a fish. Sure it’s nice to have that moment but it’s also kind of cool to show the gear you used to catch that beast. This is one of my latest ones that a good friend was happy to hold as I made a few clicks. Really simple with the D5, 24-70 AF-S and SB-5000. You gotta use flash in order to bring out that color. Positioning can be tough and requires a little playing around until you find something that works for you.

I Love this time of the Year! Winter in the Rockies is a very interesting time and the best part is, every winter is different. This year has been quite dramatic compared to last years massive snow dump. Currently we don’t have the same snow levels but we have some cold temps. Everything is being affected by this. The fishing is still pretty good though.

Personally this is my favorite time for working with freshwater trout species because the Rainbows are in spawning color and the Browns are coming out of the Fall spawn so they are turning a really dark brown. How do you bring out these colors? A little pop of flash and some under exposure. Keep in mind that the subject doesn’t have to be a huge specimen. The little guys can have great color to. The trick is really watching the highlights and light spillage because those white spots from the flash are eye sores. 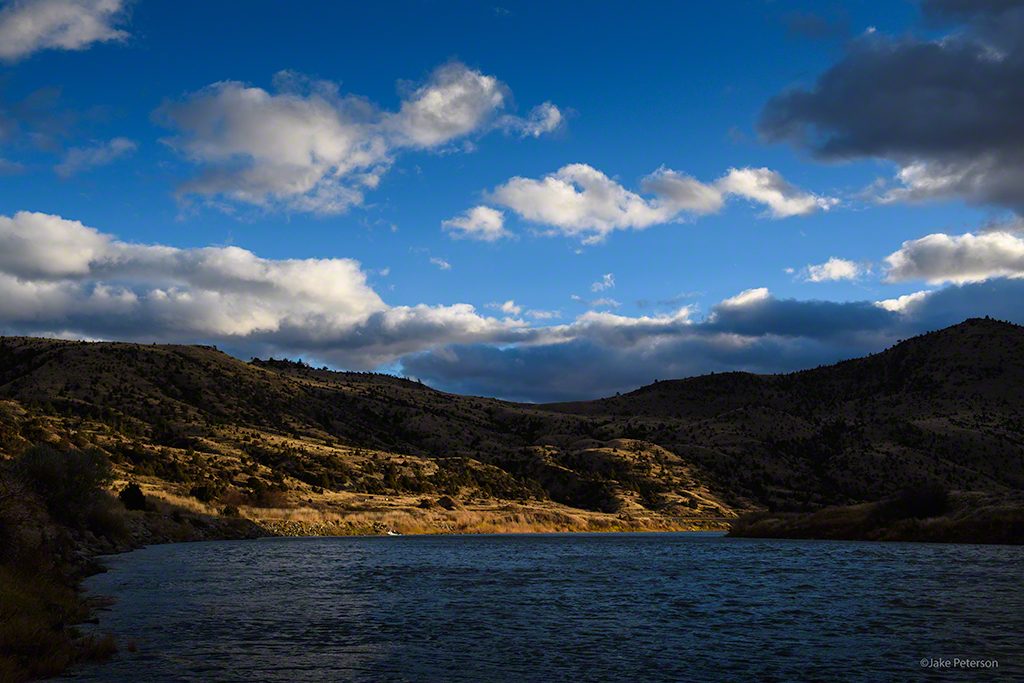 Nature does some pretty amazing things when we just stop and look to see whats going on. I always bring my camera with me when I go out fishing because I never know what will pop up. This particular evening nature brought out one of the best things for landscape photography, a spotlight. Spotlights and vignettes are great resources for landscapes because they focus the viewers eyes on what you want them to see and they ignore the rest. While often I use ACR to enhance such light, sometimes in nature it’s just there and you don’t have to do anything more then just point and click.

As a photographer we have a responsibility to the subjects we work with to make sure that the subjects are not harmed while making the photos. There are many rules in photography that we think are important and while some are always held true some can be fudged as we become better masters of our craft. This is the one that we can’t break. No photograph is worth the well fare of the subject. 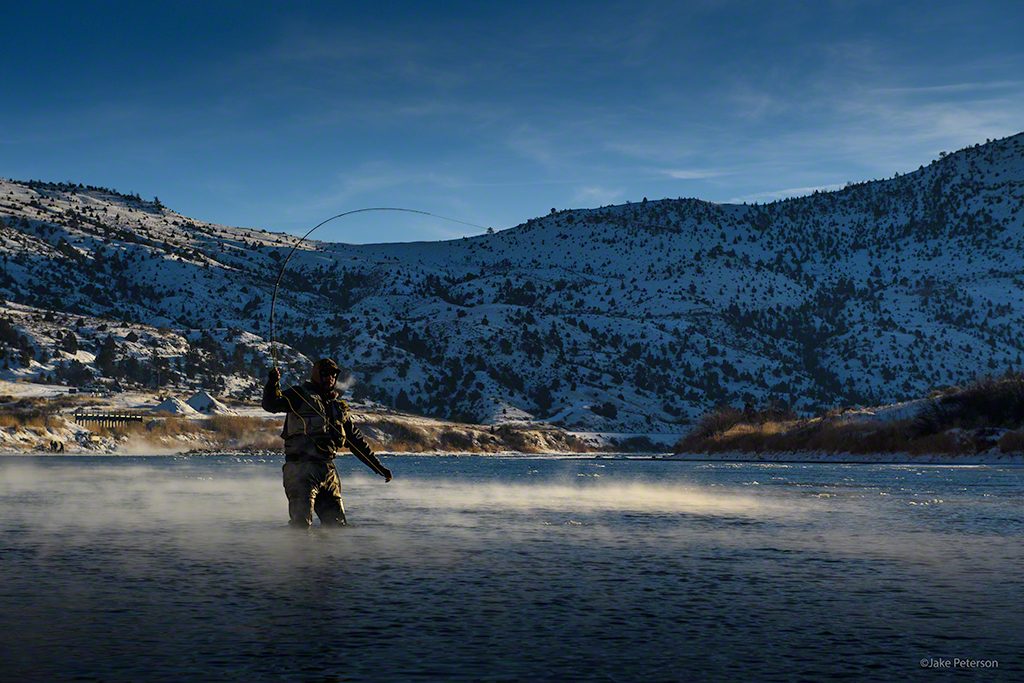 Over the last few years I have branched out into the realm of fishing photography and in this field, speed is key. Aquatic species are very fragile when they are taken out of their home because they don’t have lungs. They can’t breath the same air as we do. Fighting a fish, handling a fish and holding the fish out of the water all can reduce the life span of the subject. This is why if you’re planning on taking that all important keep sake photo that you get the subject in fast, you don’t handle it much and you keep it in the water as much as possible. This is how you do a safe release, which is key.

Nope I was talking about Flash not the fish, although it’s doing a pretty good job of that too. Flash doesn’t just make things brighter, it makes color pop and sometimes that’s more important then how bright the subject is. 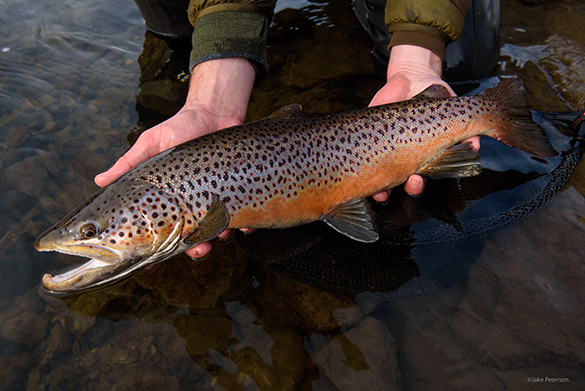 When it comes to working with a reflective subject you really have to be careful how close the flash is to the subject and how much power you’re using. It’s really easy to cause a hotspot. Also watch the angle of the flash to the subject because again having it straight on will cause problems. Reflective surfaces are one of the hardest to work with and require practice. Even after all the subjects I worked with this summer, I still need more practice.

For those of you who are fortunate enough to have snow in your backyard, then I’m guessing at some point you’ve wanted to take pictures in the snow or have already. Living in Montana snow is one of the great perks and getting to work with snow can be a lot of fun and also very challenging if you haven’t spent a lot of time with it. 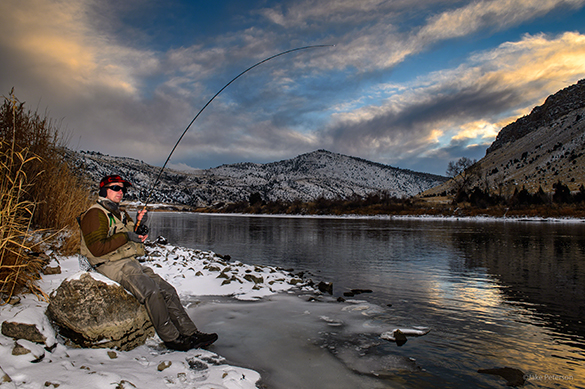 Upon first glance you might not see much of a challenge. But snow being white reacts to light very strongly and in a photograph the gradients in blue and grey in snow can be dramatic. If you want to test that, just take a picture of snow and then convert it to black and white and you’ll see all those gradients. I brought up flash because while you might not think that adding more light to an already bright element would be helpful but the white light coming from a flash can actually make snow look more like we always think it is, white. Even a little pop of light from a flash can make a big difference, especially if you are trying to focus the viewers eye on that one spot and not the whole thing. Now granted if you’re trying to capture a entire mountain range it probably won’t do you much good but something smaller it might help. Keep in mind flashes aren’t as resilient to water like our cameras and lenses are, so due keep that in mind if you are planning on going out into the snow to shoot.