My Dad gave me the idea for this blog post while we were at Neighbors Day at Felts Field last weekend. Airshows are unique places to watch people. There’s a lot of activity going on and what’s interesting is which activity draws peoples attention the most. At Neighbors Day Historic Flight brought in their DC-3, TBM Avenger, F8F Bearcat, and P-51B Mustang. When any of these planes went up to fly the people all crowded around the flight line. Wasn’t quite the same reaction with this New Standard. 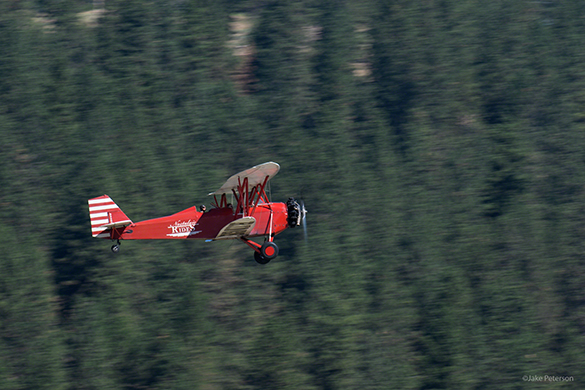 Dad basically said every plane needs love. This 1930 New Standard has a pretty impressive story. Mike Carpentiero has been flying this biplane around the country for years, giving people the opportunity to fly in old fashioned barnstorming ride. At Neighbors Day he was busy flying back and forth more times then I could count. For a photographer it was great. 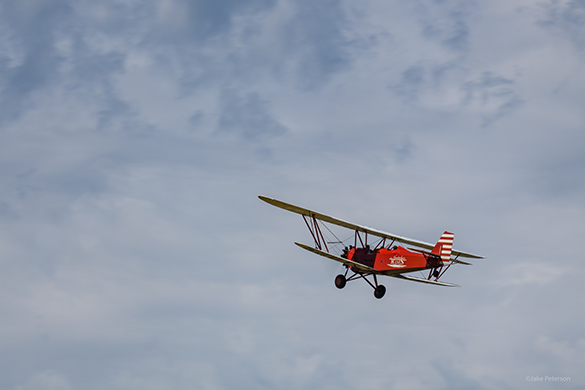 All planes need love no matter the type, rarity or prestige. As a photographer the New Standard was a great subject. A consistent moving subject with a great background and great paint scheme. When it comes to working airshows you have to be looking at all the subjects, everything that is flying or parked.

Final found some time to get up a few images from the Precon on Tuesday. We had a new Precon that was all about aviation photography. It was another Moose and Joe show this time with the beautiful planes for the background. We had two stops along the way for this Precon first was at Fantasy of Flight, and amazing place with amazing planes, and second over at Stallion 51 which also had some amazing planes. Everything below is just from Fantasy of Flight with some more on the way.

This “museum” which really isn’t a museum it’s a private collection that this guy Kermit Weeks lets people come and visit. The cool thing is that he has it set up like an amusement park so when you first enter is this giant reenactment. There is the World War I trenches you walk through the briefing room and of course the best part the B17 which is setup with displays as you walk through it. Once you get past all of this you come out into the actually hangers and in these hangers are a number of great aircraft. This is of course only a small fraction of the facility there is a lot more that is not open to the public, including the restoration hangers.

Out on the ramp were two parked planes. The first one that caught my eye was the Ford Tri-motor, the plane above. This plane was used for commercial flying until the passengers could no longer take the bumpiness or the duration. It was eventually replaced for a more efficient plane. The amusing thing was there was a Stinson Tri-motor not far away behind the ford and those two were competing against one another. Shooting it was no challenge there were many ways. I literally did circles around the plane because there was so much too do. The clouds really made a difference they made everything pop. Without them, i probably would’ve blown this plane off. Background makes the shot.

This guy is the Duck, a rather unique plane. This is an amphibious and ground plane. It could take off and land on both water and land. It is also a rare plane there are not many left flying in the world, even less in the United States. I’m not going to spend a whole of time here because in my next post I’m will be talking about just this plane.

Alrighty moving right along with the day, walking around the ramp, talking with folks, helping wherever i could; te sound of an engine crank began and soon to follow was a plane getting ready to take off. Who would it be? None other than the biplane. At Fantasy of Flight is the option to take aerial tours. the plane of choice for doing such a tour is the Steerman. What better way to fly around Orlando than in a World War I Steerman. It is quite a sight. I always wonder how many people call the police department when they see those older planes a flying. Once again not a big trick to shoot. The only thing that you need to keep in mind is that the plane is moving so you must pan with the plane, keep the camera in shutter priority to get the prop blurred and the plane sharp. Anywhere under 1/250th shutter speed will get a blur, be careful with planes taxiing out they go slower. The only way to really get better at this is practice because most planes differ in the shutter speed needed.

At last my favorite plane from the Precon and for that matter the whole vacinity, the PBY. This is truly a great plane. They were used for reconisance, air to sea rescue, and transport. They were very versatile, however they were not fuel efficient. This is a big ass plane and it has two engines which takes even more gas to keep it moving. Like most warbirds there are not many left and even less flying. It’s really too bad because they are great. The first half of the Precon was great. The planes were great, both static and flying, Joe did his lighting demo with the models which was a great tie in with the planes and the participants learned some things about aviation photography. However, we aren’t done yet!