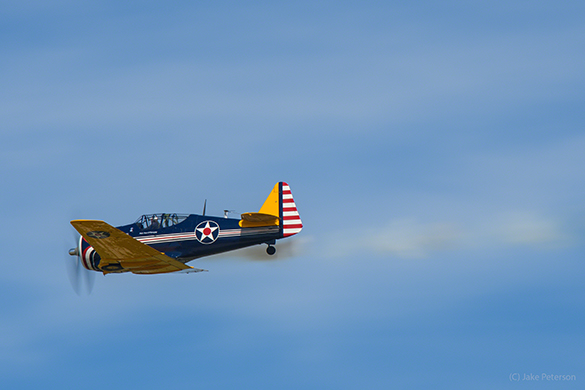 EAA Airventure always has a lot to offer and this year was no different. One of the very special planes that was flew was Paul Poberezny’s North American P-64. For those that don’t know Paul Poberezny and his wife Audrey, started EAA many years ago. His old field, hangars and personnel memorabilia including his library can still be seen at the EAA museum today. In 2013 they started work on getting the P-64 up and flying. Being one of only 13 planes made and 1 of 2 survivors left in the world, it was a real treat to see this plane fly. 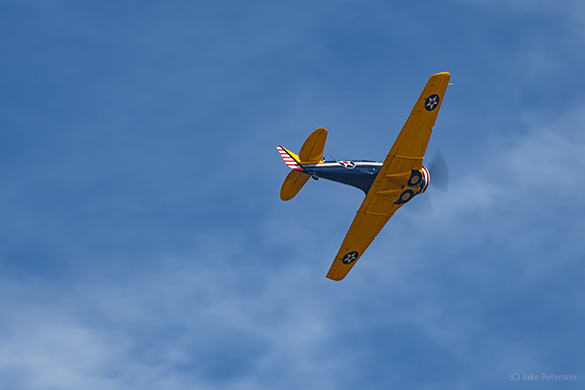 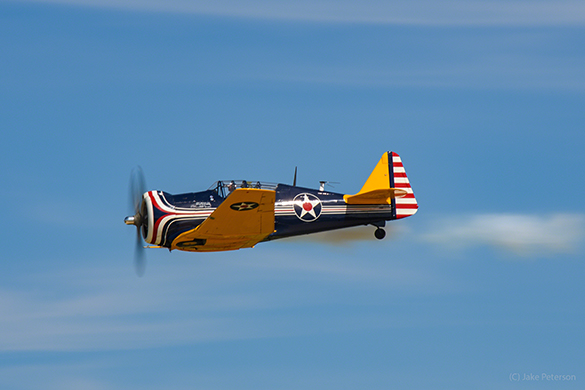 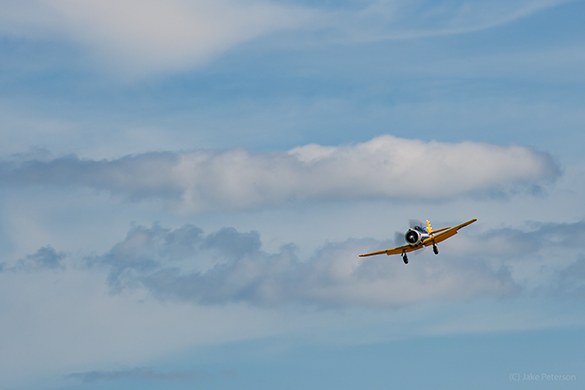 The P-64 is the USAAC designation for the NA-68 which the NA-68 was an upgraded NA-50. It was single seat fighter trainer built in the late 1930’s. Most of the planes were sold to Peru and the Royal Thai Air Force. Seven NA-50’s went to Peru and were used in the Ecuadorian-Peruvian war. A parallel order was made for Thailand but the export was cancelled and the planes returned where they were designated the P-64 and used as a basic trainer. This P-64 is the only one in the United States. The second example is at a museum in Peru. Photographically it is a great subject as it stands out even against the baldest of skies. 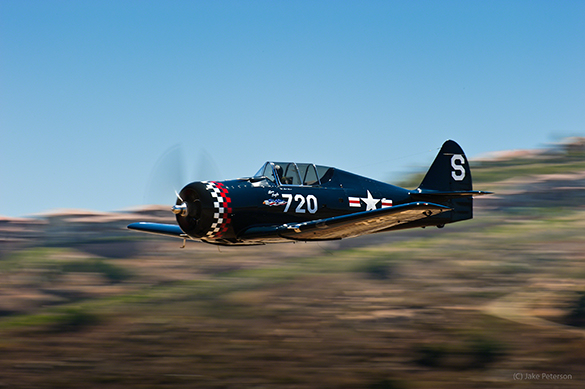 Well I’m up here in Reno getting ready for Pylon Race Seminar and I thought I would go through a few more images. I always like going through images to see what ideas worked and which ones didn’t. The cool thing about these four planes was that two did some awesome stunt work while the other two were rare and great to see. The T34 and T6 were very cool and there acts were even better.

The T34 which i have photographed before, static, has always been one that I have liked. It just has a great look to it. I always wondered if it would be great shooting platform, so many you see can be used for such and it certainly has the look. She wasn’t flying for photos. Nah the pilot was going for shear enjoyment by doing quick smoke filled orbits.

The T6 did an amazing job. I had never seen a T6 do an acrobatic display with smoke. It did loops, rolls, fast turns and hard banks. It was so cool i couldn’t stop shooting.

Then there was the AN-2. At first I wasn’t sure what to think about this plane, it’s huge, slow and a biplane. After a while though the of looking at the details it’s acutally a pretty cool plane. I was first introduced to the plane at Fantasy of Flight where Kermit has one in a hanger. His plane isn’t in flying condition though. This one clearly is. If you take a close look you’ll see that the cockpit has a lot of separate pane windows making for a very wide viewing range. Pretty cool plane.

Then of course was this P64. It was just gorgeous. It flew low enough that the hillside could be used for a background giving that great speed look.