There are many different ways to showcase the natural world around us in a landscape image. Whether it’s going in tight or staying out wide, color or black and white, there are many ways to express in the viewfinder what you are seeing with your eyes. One way that I have truly come to enjoy this is by taking multiple images and combining for a pano. Adobe Camera Raw has made this really easy and most important really enjoyable!

Paradise Valley is a great place for a pano. Situated between the Gallatin Mountains and the Absaroka Wilderness, Paradise Valley has been known for years as a great spot for landscapes and for critters. The beautiful light that fills the valley makes it attractive for everybody. Shooting with the D5 and 24-70 f/2.8, this three image pano was a simple click with the dramatic clouds and great oxbow foreground. Since there was more drama and the low dynamic range the scenario screamed black and white and thats just the treatment it got.

Last week I talked about getting in close with your landscape images and going black and white in certain scenarios. I wanted to show what the opposite of that was like. Sometimes you see an image and you just know to convert it and then other times you don’t. Color is a big factor of knowing when to and when not to. If the color is more outstanding then anything else or if it gives it that extra little pop the odds are it’s better not to change. 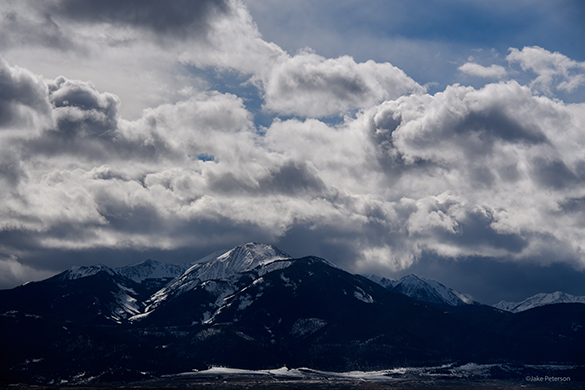 Here’s the link to last weeks post in which I talked about going in tight and converting. Now both images were taken with the D5 and 70-200 VRII and while I like both, they are both unique. One works one way, one works another way. Seeing the differences and knowing which results are better come from practice and experience and you only get those by shooting.

There’s a natural allure to big storm clouds for photographers. We are always trying to get dramatic and powerful images and big puffy storm clouds are natures way of providing that drama. The great thing about those storms are the multitude of ways you can compose to get a good photograph. One thing that I like to do is get in tight and convert to black and white. 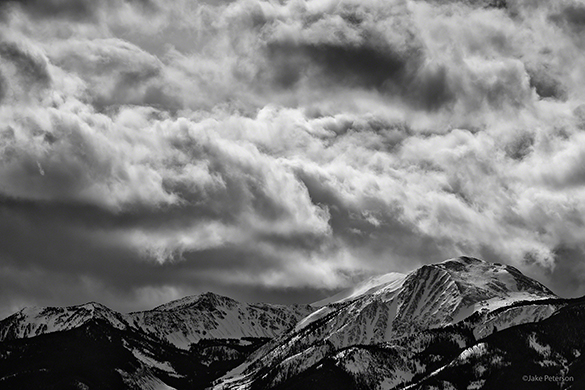 This was a simple click with the D5 and 70-200 VRII. The clouds were moving fast as the winds were gusting, the only shot was this one peak. When the foreground sucks why include it? Get in tight and go for the area with the most impact. The peak with the clouds rolling past. Not only does the end result look better without the foreground but the storm looks massive because the mountain looks smaller. So going in tight with a landscape: scale of the earth becomes smaller, clouds look better, more impact and more drama.

Last Friday I announced that I was going full time with my photography and I knew that that the best way to start was to be shooting on Saturday. Not only did I have my new 18-35mm f/3.5 to test out but I had that extra motivation for being the first day in my new lifestyle. Well I braved the storm that was covering Bozeman and Livingston and after a few shots of the storm at Clyde Park, I drove down to Paradise Valley where the only visible light was left, except way out to the east. I’ve spent a lot of time in Paradise Valley shooting over the years, it’s just a gorgeous place. That day it was unbelievable! 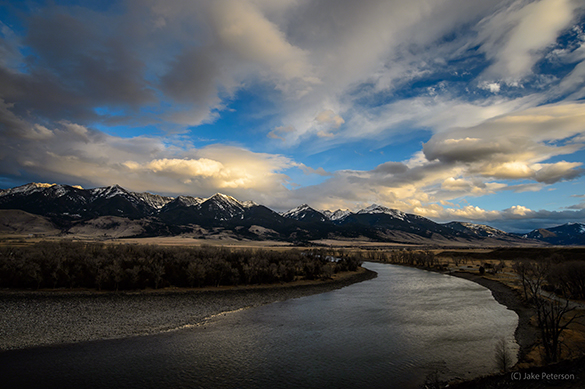 There was this one spot that I wanted to get to because I knew that it would be spectacular, having shot in that spot in the past. Well the whole time I was driving down to that one spot the light was slowly fading from the peaks which had just the right amount of snow left on them. I was cursing the whole way as I watched it disappeared until finally I got to that one spot. As you can see it was worth the drive. Now all of these iamges I shot with the D4 and 18-35 and you can see how it was just an unbelievable evening! 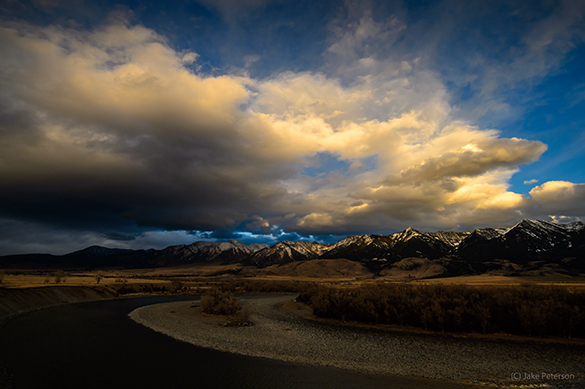 The light slowly got more and more intense as it went down over the mountains. Considering the amount of wind we had and how fast the storm to the north was moving, I was shocked that this hole stayed open to create such a fantastic sunset. 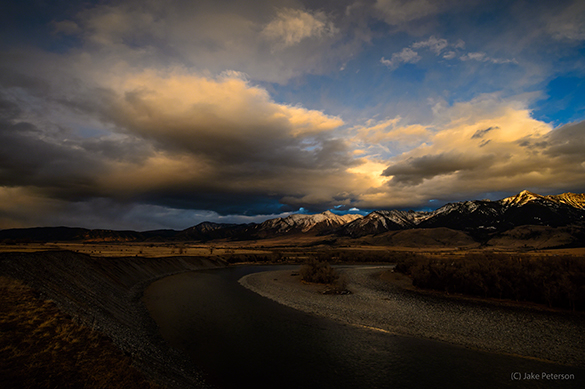 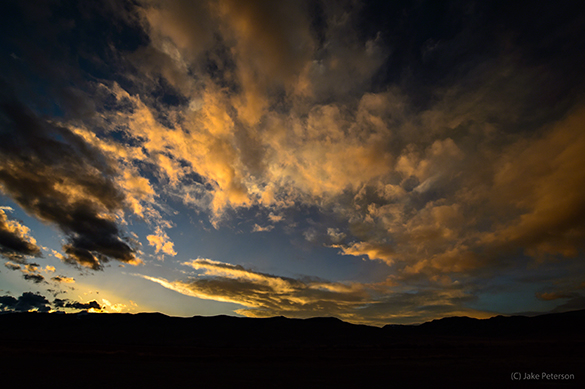 Event he clouds straight out to the west had some amazing drama and structure to them. 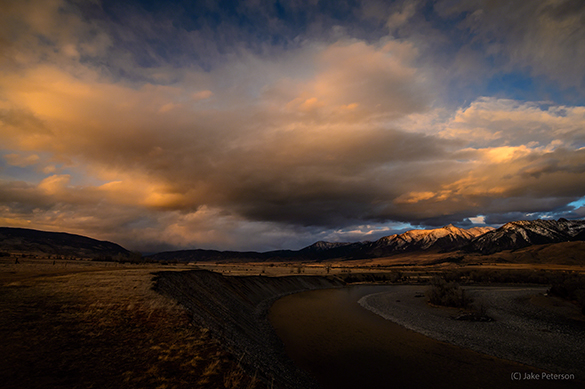 Finally after all that drama, the light came to an end in one last dramatic scene. I’ve spent a lot of time photographing landscapes and there are times when I simply won’t work that hard for one because it’s just not worth it. This was one of those times that any amount of work would have been worth it. In all my time over in that valley, this is the first time I’ve been able to capture such beauty. I couldn’t have asked for a better start!

I really do agree with the title on this one. There just isn’t that much to say except for, I know how Paradise Valley got its name. Sometimes it’s really hard to leave that area, thankfully I’m fortunate enough to be able to go there when I want to. 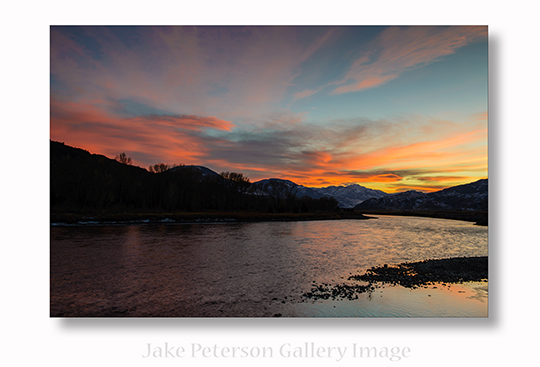 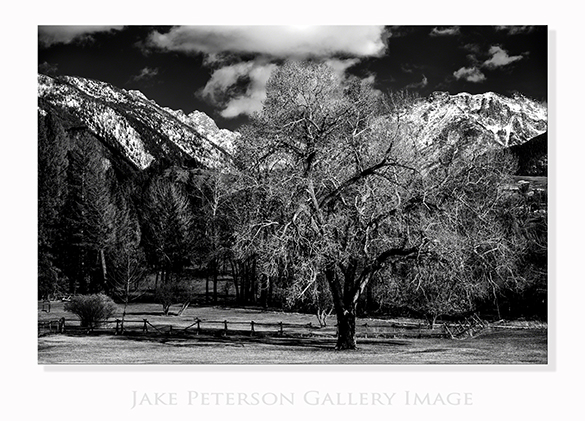 This past Saturday was an absolutely beautiful day. We had gorgeous puffy clouds rolling by all day. Since I was already out and about I thought that it would be a great time to go over to Paradise Valley, which is east of Bozeman. Now I knew that there wasn’t much on the horizon to the west when I left Bozeman but I figured that there might be more that had already moved through and stuck around. I was wrong. By the time I got to Paradise Valley, most of the clouds had disappeared. Well there were still a few clouds hanging around so I made a few quick clicks. 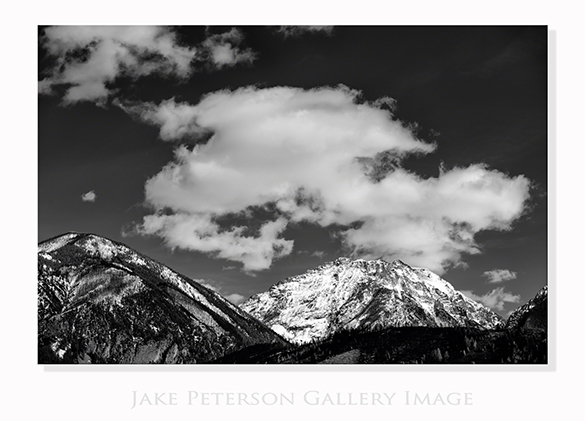 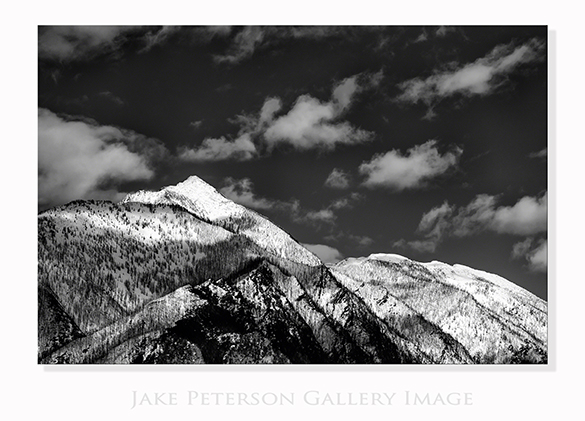 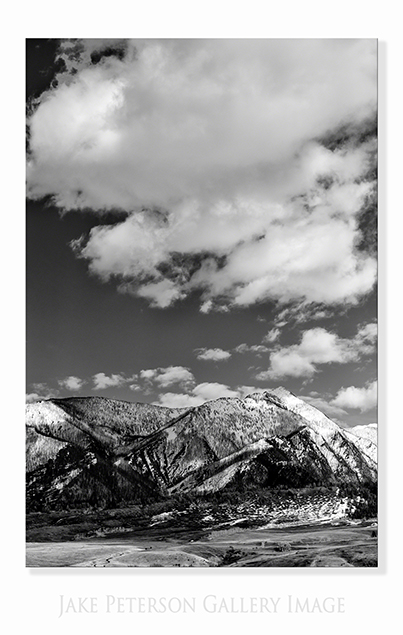 Sometimes the best part of getting out is just to get out, even if what you are looking for isn’t there.

Using man made elements to compliment natural elements is one of the best and trickiest ways to show the world around you. Not every man made object looks good. We all know that there are somethings we just don’t want to see in a photograph. Well unless you want to spend time in post doing this, roads are by far the most used and widely excepted man made objects to use in a landscape photo. The reason for that is they provide an obvious path through your photograph.

Every photo needs a point behind it, an underlying reason. Where the eye goes through a photo is easy to manipulate when there is a given road laid out already. What most people don’t understand is that the road has to flow and look aesthetically pleasing in the photo as well. Getting this look is as easy as changing the position of the road in the frame, your relationship to the road and biggest one removing any disturbing elements along the road. Poles, oil smears, road kills, anything that might not flow right needs to be removed. Just like with any other photo the final touches have to be put in.

Yesterday I was over in Livingston doing some work and afterwards I went down into Paradise Valley to get some shooting in. Paradise Valley is just a beautiful stretch of land that goes south into Yellowstone. The Valley sits between the Gallatin Range and the Absaroka Range. On the east side of the road that goes through the Valley is the Yellowstone River, probably one of the best places to flyfish, at least in my humble opinion. After a large storm came through on Tuesday it was nice to see the sun shinning leading way to sunset.

Cold and not windy, a great combination. The cold temperature keeps the snow of the trees to not melt, giving them that great frosty look often captured in a black and white still. There weren’t many clouds in the sky where I was so naturally I wanted those above the mountains to stay put! They did and gave a little more intrigue to a rather boring sky. As I was standing along the banks waiting for the sun to go down, I heard beside me trout boiling, a lot of boiling. I turned and looked and saw no hatch but a lot of activity. Instantly the thought of my fly rod and an Elk Hair Cadis came to mind. It always happens, when the camera is in hand the fish are no where to be found and when the camera is tucked away the big boys come out just to mock you. Ah well, at least the skies were pretty.