It’s finally Spring and that means that the kids are out. I love this time of the year because there are so many possibilities of photographing parents and their kids doing what they do. It’s a whole other challenge of cpaturing that part of the life cycle without endangering the critter and it’s a very important one. Whether it’s a Nuthatch going into a cavity, a Prryhuloxia bringing a nice grasshopper in to it’s noisy kid or even a couple of pup foxes bugging Mom to nurse, there’s is always some great moment out there waiting to be captured. 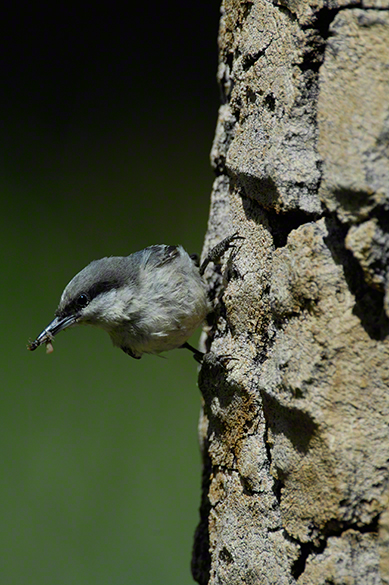 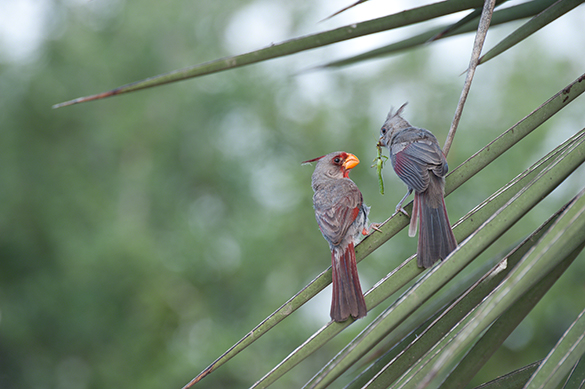 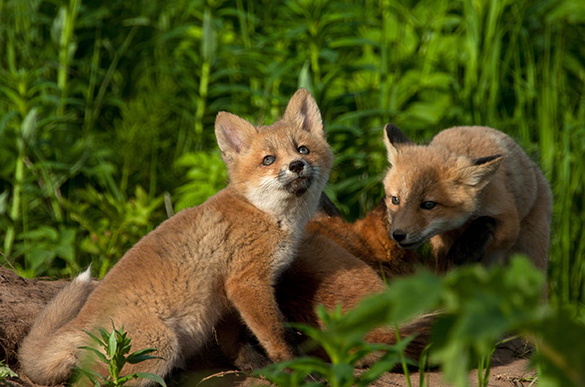 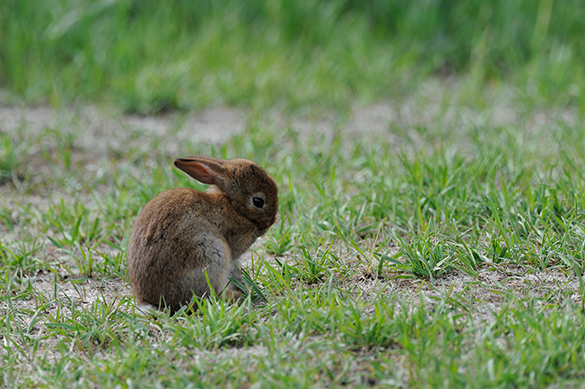 Not to mention that the kids themselves are usually pretty darn cute. If you want to start with something simple and easy to find, you can never go wrong with rabbits. They are everywhere and are always a fun subject. Trick with working on a ground critter, get low. Getting low can eliminate that background and make it blur out. Not to mention everyone looks down at a critter munching on the grass but not enough look across at their level. It can be a very powerful image when you see life from their perspective.

It’s spring time, finally, and that means all those lovely kids are out of the holes and the parents are working hard trying to make them happy. Boy they don’t have it easy do they; us picky kids, take this Prryhuloxia for example. The parent brings in the meal, a juicy grasshopper, and the kid starts squawking and then drops it when he gets it. Of course he makes the parent pick it up, then they fight over it. I love the whole thing, best part it’s green. Kids just hate eating green things. Such fun times, makes summer all worth while. 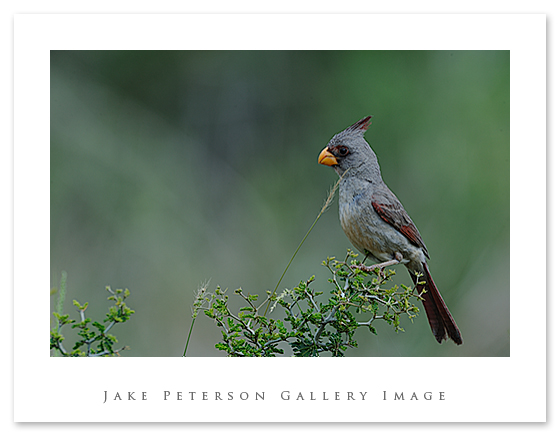 I’m back home now and going through images. The joyous part of every trip is at the end having to go through all the images on the externals and filling them on my non travel hard drives. This past week was awesome. I have never photographed more bird species then i did at the Bentsen and Jackson ranches down at Texas. It got to the point that there were so many species to process when we got back to the room i was too tired to blog. So i thought i would put one up today. Before going down to Texas my Dad said that it would be hot, just hot. Boy were we in for a surprise when we got there. Not only were most days not hot but it humid and rather comfortable. It even rained when we were there which is great for them but not for us. 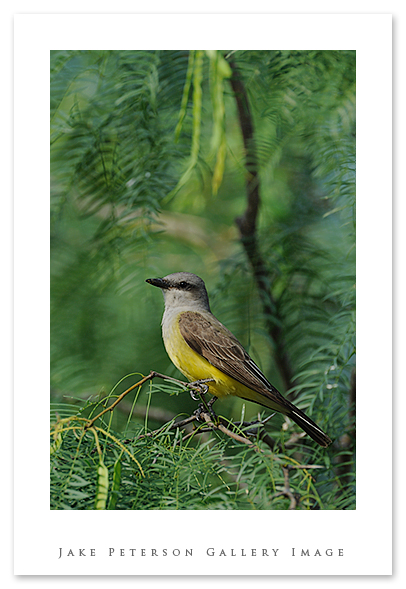 The reason we were there in late May was because it was hot. The heat is supposed to force the birds to the water holes setup with photoblinds. It worked but not to the extent we were looking for. We came back with 40 different species of birds so not complaining. Like the Pyrrhuloxia at the top and the Couch’s Kingbird just above. Two really great birds that i loved too photograph. The Kingbird wasn’t as cooperative as the Pyrrhuloxia. The kingbirds would show up briefly and leave suddenly, so we didnt get much time to play with them. The Pyrrhuloxia on the other hand would come in and pose for us. 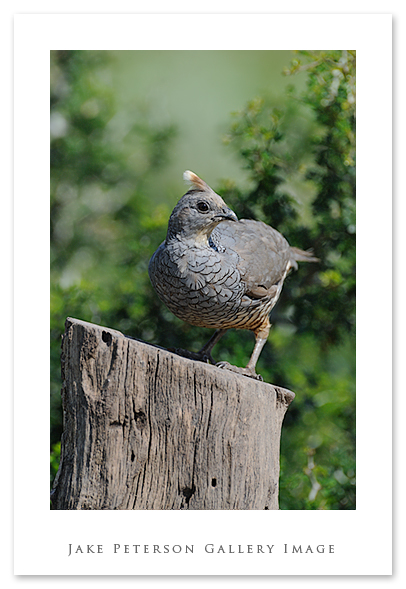 One of the best things about these ranches is that there are many different bird species requiring different types of compostion. What i mean is the Pyrhuloxia and Couch’s Kingbird would always land ontop of the Mesquite Trees or on some branch. The Scaled Quail would never do this. The quail would be ground level so instead of shooting up we would be shooting down. This gave us the opportuntiy to photograph everything from ground level to tree tops. Doesn’t seem like a big deal but when there a five different speceis of birds at the water and you want shots of all of them this thinking comes into play. 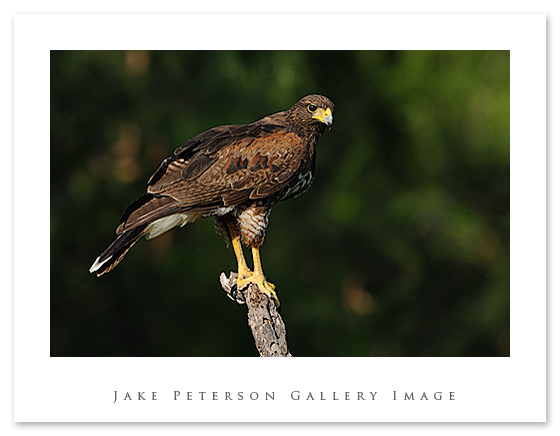 Of course there was the raptor blind as well and it just blew away anything that i have ever down before with raptors. The last day we were in the blind in the afternoon and it was busy. We had four Harris Hawks, which is what this is, and at least four Crested Caracara individuals possibly more. The challenge with this blind was getting the birds as they flew in. They would normally come from the left but they came in low behind the brush line making it harder to get a good shoot as they came out. Of course in order to get the hawks in the frame without cutting of the wings the teleconverter had to be off, and then to get the hawks looking the best in the frame when on the perch the teleconverter had to be on. So Dad and me were going back and forth switching on and off the teleconverter. The results are great so all the waiting, sitting and sweating was worth it. Can’t wait to go back to Texas for more birds. Special Thanks to Steve, Hardy, Nora, and Richard for making it possible for Dad and me to have this opportunity. 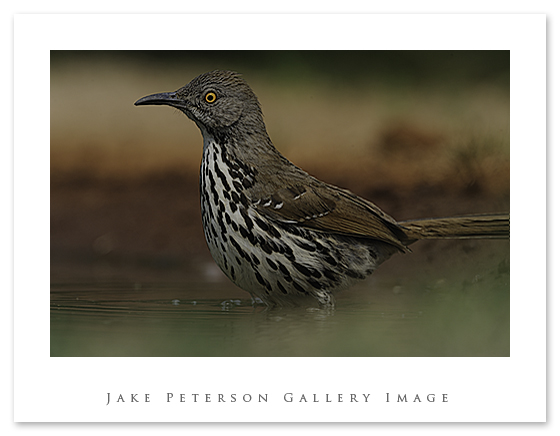 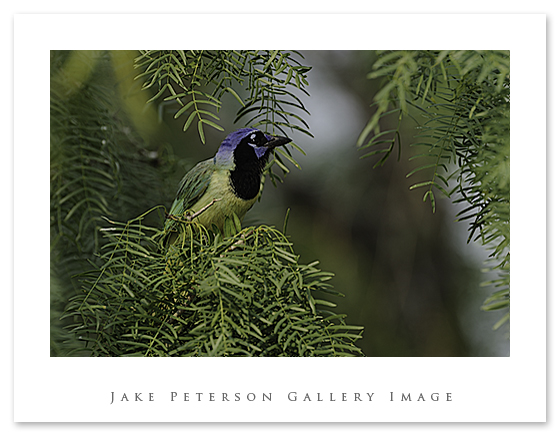 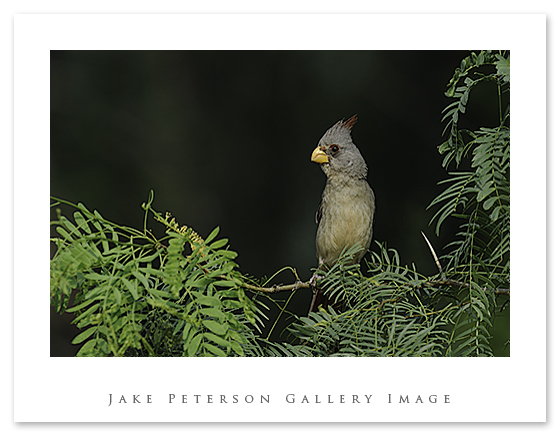