I often wonder if it’s better to go after more illusive and “prized” species no matter how good the light may or may not be or if it’s better to work with whatever may be in front of you with good light? There are those species that are just everywhere and you see them and say to yourself, “do I really need another shot of that bird?” I picked two perfect examples of just, the Yellow Headed and Red Winged Blackbird. 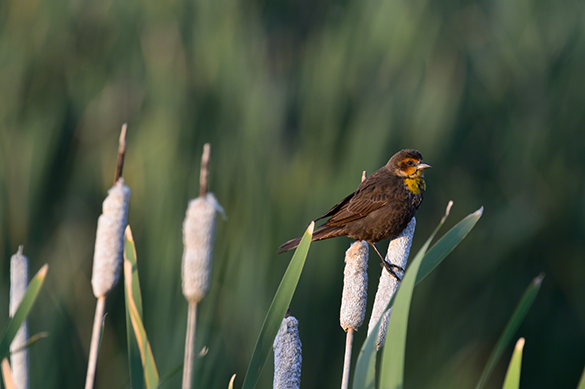 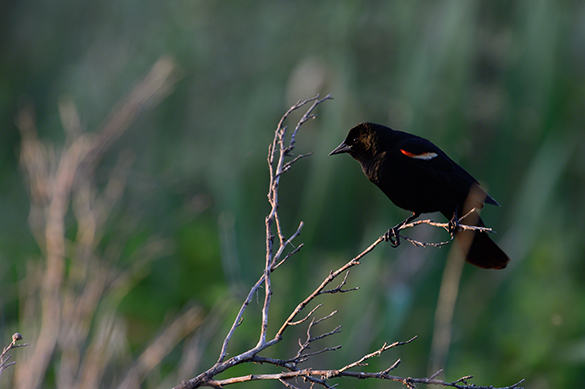 Most of you reading this are probably saying, “oh yea I’ve seen that bird.” Not to surprising considering they are everywhere. While they do attract some attention with their bright minimal color contrasted against there black bodies, they are still a common bird. These were taken down at that marsh by the Gallatin River I had found and in the setting evening light there wasn’t a whole lot else except for a very uncooperative little Yellow Warbler. Now I didn’t really need more of these two species unless it was something truly unbelievable, but if you saw my post from yesterday then you know there was some absolutely gorgeous light that evening and anything would’ve looked good in front of my lens. The lesson isn’t that one way is right and the other wrong but if you can capture a good image then it really doesn’t matter what’s in front of your lens as long as your having fun.

While it is technically Spring it doesn’t feel that way yet. We had a good snow storm come through over the last couple of days which is great for water levels, as most states west of the rockies need the water, but it also brings along that grey sky. Well I wanted to go out shooting birds and I was a little over optimistic that the sky would break open. It didn’t, oh well. Part of being a photographer is knowing how to work the scenarios that aren’t ideal. The only way to know how is to practice. 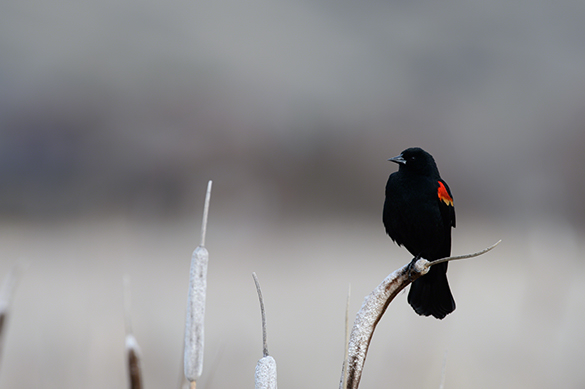 I pulled the D4 and 600f4 out and headed down the trail at the local ponds. The first thing I always do when it comes to Wildlife is stop and watch. It actually takes about 10 minutes for bird activity to go back to normal after a person arrives. Well there was mostly “common” species present: Canada Geese, Mallards, and Red Winged Blackbirds, for a practice session it was perfect. You don’t want to shoot the best subject and be rusty. Now I approached this like it was for a job not practice, which is how you have to approach everything. That way you’ll do a better job. First issue that arose is kind of obvious. The light sucks. It’s grey skies, no romance or warmth to the light. Even on a great perch it just doesn’t work. Next issue is the bird is black so you need to do something to make that bird pop. The first thing I tried was switching white balance from Auto to Cloudy. 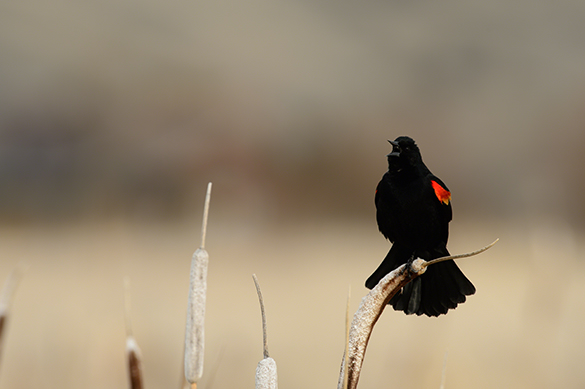 Well it certainly made things warmer but for my own taste it seemed a little too much. Now the one nice thing about working around a pond is the fact that it’s round. You can move around it. This helps control the background. With a black bird, having a brighter background can be helpful but it also can be hurtful if it’s to overpowering. Both of these issues are solved by changing locations. Good thing too because that one blackbird moved to another perch. 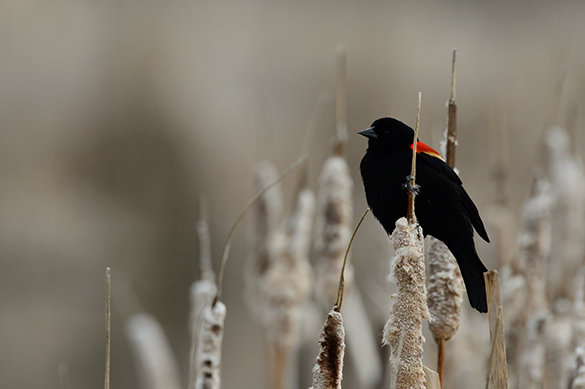 So now on this perch both the warmth and the background are a little more accurate. Red Winged and Yellow Headed Blackbirds love to be in Cattails. It’s actually a challenge to go to a Marsh and not find them in those Cattails, but that’s part of their biology so include it. As for bringing out what warmth you can, switching back to Auto White Balance I held down the WB button and spun the front command dial up to A4. What this does is it changes the temperature at which the light is being measured. In this case those brownish reeds look like they are “warmer” then they really are. Also because the bird is black it won’t affect the blackbird. On the opposite spectrum if you turn the dial the other way it goes into B which makes anything look bluer or colder. The last part to this whole puzzle is the head gesture. 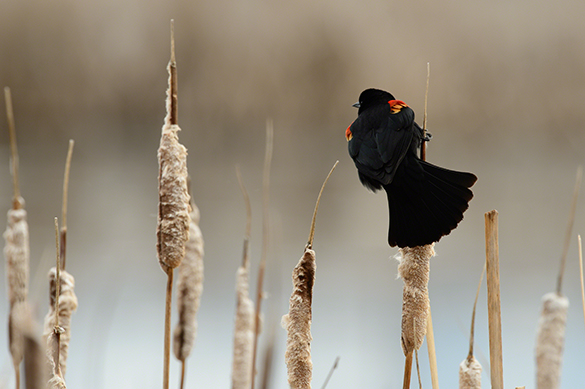 Gesture is key with everything that we shoot. It defines the attitude of the subject. In this case, when a blackbird does its call it ruffles its wings, puts its head back and fans its tail. Capturing that motion is important as well as being able to see the birds head. Of course with a name like Red Winged, you had better be able to see that Red, otherwise it’s just a black bird. With the birds back facing me you can see the red and the head gesture cocked to see its beak, the white balance dialed in so that the scene looks warmer, and the background now changed because I moved around to get water in the foreground adding more color to the otherwise drab brown background, the image becomes more complete. All of this comes from making the best out of the situation. But if you can make a good shot when you don’t have all the perfect variables then everything else is easy. That’s why you have to practice these things before you go somewhere important. If you’re on that African Safari that you’ve been saving for your whole life, you don’t want to miss a minute of it by not knowing how to make the best of every situation. 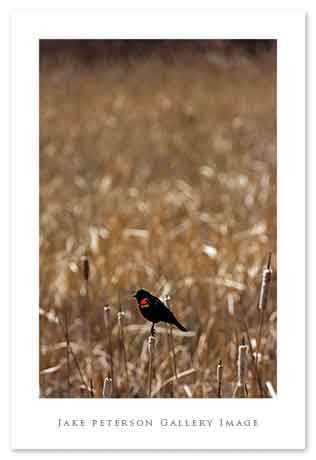 Well I suppose that it was noticeable that I hadn’t put up too many images lately and only put up  three in for march all together. So I thought I’d make the last day a little exciting and add a few more.