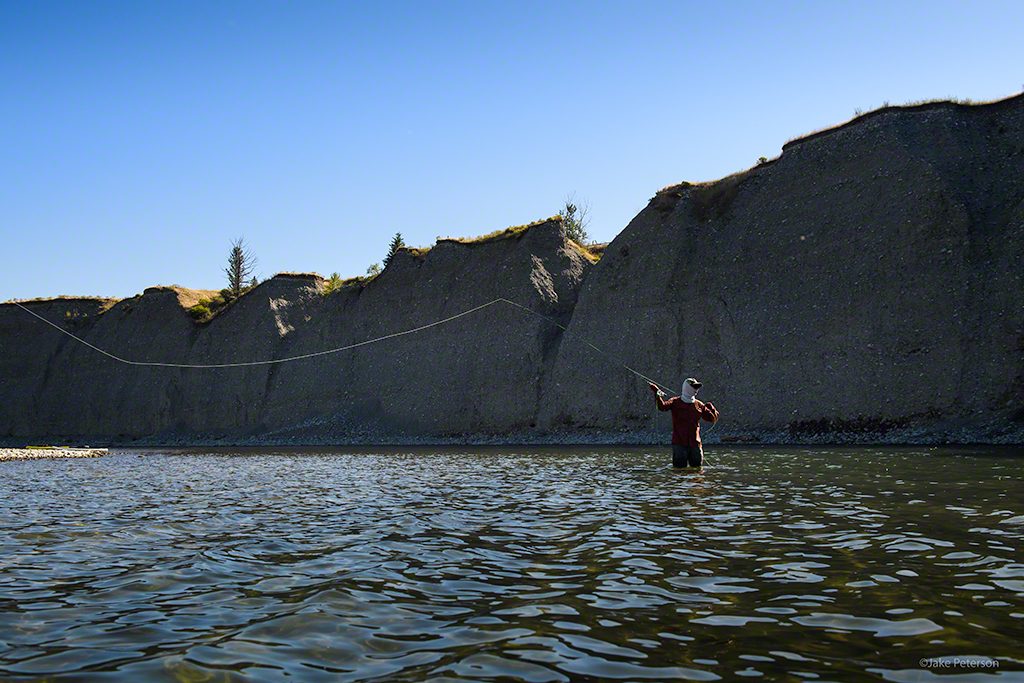 Paradise Valley has always been a favorite place of mine to spend time in. The photography options are quite bountiful from critters to landscapes, even airplanes. For the first time this past weekend I got to spend some time on the Yellowstone River and the landscapes were just as amazing. My friend Al was helping by being the subject as we were fishing down the river. The high banks and the low casts made for some great photos in the early morning light. 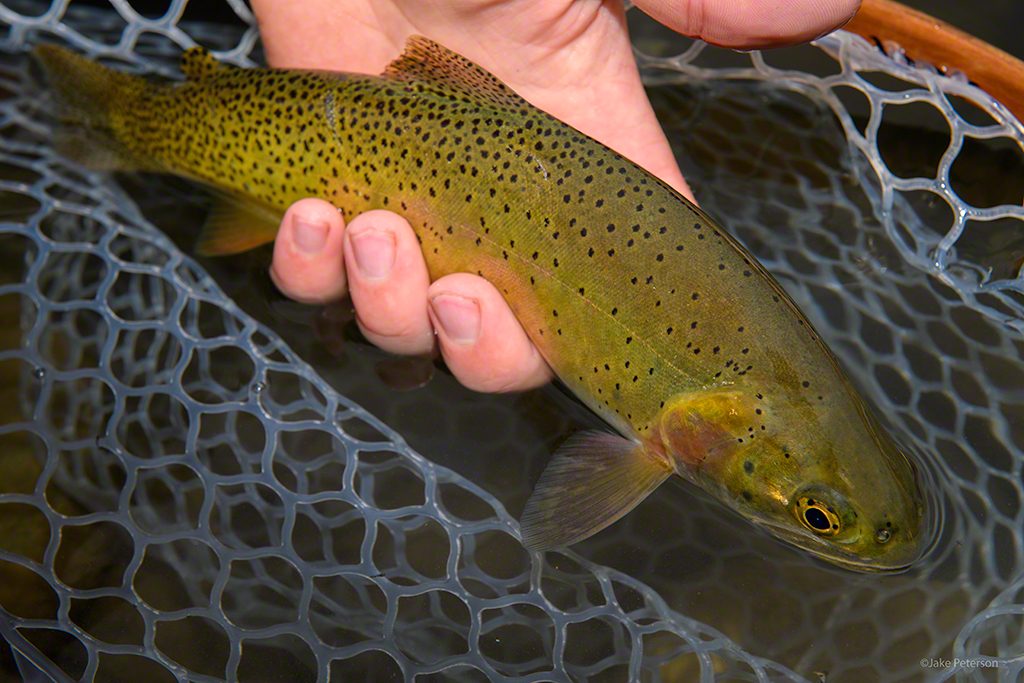 This is one obstacle that I’ve had mixed feelings over for some time when it comes to fishing photography. What do you do with the dang net? For the longest time I hated having a net in my photos. I always felt it was a prison for the subject. A way to take the focus off of a wild species and make it more human impacted. Over time I’ve slowly begun to find ways to incorporate it that look okay to me. The two big pluses for leaving it in the image are one it gives you more time to work with the subject, especially in case you drop the fish and two it’s safer for the subject. Working with aquatic species can be tough because you have to be careful of how long you keep them out of the water. The one little trick I have found in post production when it comes to net usage is really darken the edges so it’s not to distracting. 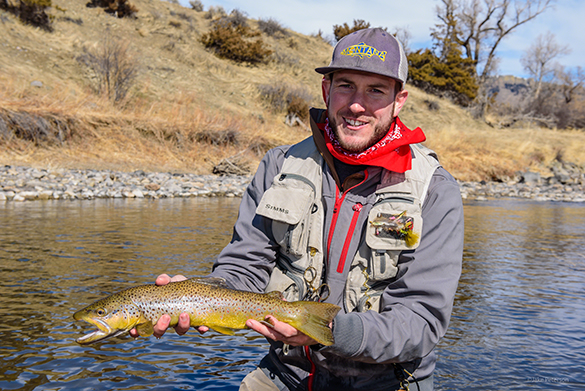 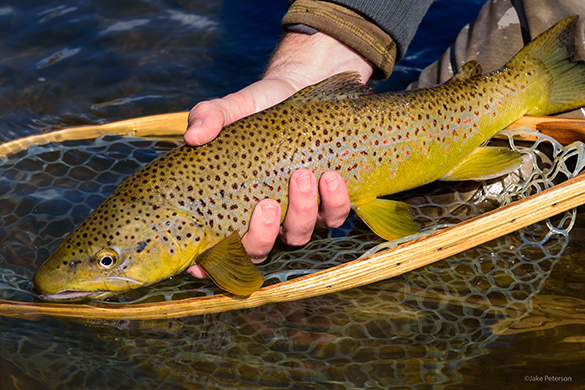 Fall color is so much fun to work with! You can use the power of those changing leaves to create some truly breathtaking images or you can just have fun and experiment. The one thing I’ve noticed when it comes to fall color is it easy to be seduced by the color and instinctively you take a picture regardless if it’s worth it or not. This is something you really have to work at to avoid this time of year because wherever there is fall color the first instinct is photo opp but that’s not true. You still have to think through your compositions and really watch the light. 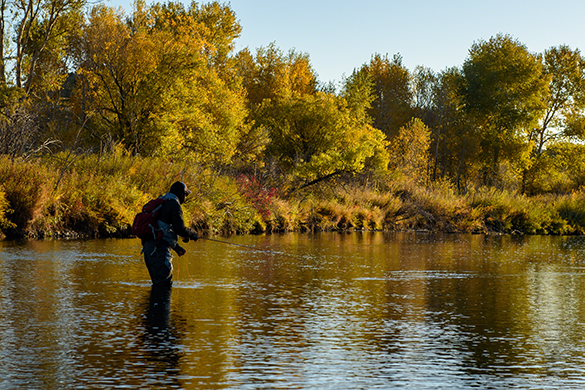 Now I’ve spent the last few years working with fisherman as an outlet to experiment with and right now it’s great because it’s something to try with the fall color. For instance Mikey here tells the story of fishing in the fall even with the absence of direct light. Trees are often dark and everything else behind those forests are bright so having that reversal is kind of interesting. If you are out this Fall working the color really focus on pushing yourself to create more then just the look at the pretty leaves shot.

This is something I’ve only seen in photos but finally saw firsthand this past weekend. I don’t often talk about pollution or conservation on my blog beyond the importance of telling the stories with our cameras but I kind of had too on this one. This 12″ Brown Trout was caught by my buddy and we were both shocked to see this plastic water/sports drink bottle ring stuck behind the gill plate of the fish. It had slowly taken chunks out of the fish as you can see in the photos. What this comes down to is being responsible. It doesn’t have to be something big, as this photo shows, these little things are important. No matter what the subject or where the area you have to take care of both because there may come a day when these places and these creatures will be gone. Believe it or not but seeing this sort of thing really isn’t enjoyable. It’s just sad. So if you see trash while out with your cameras, pick it up, you never know how much good it could do.

The Fall color has begun to pop which is awesome! Over the past week things have really started to change in the landscape world. October is a great month to be out as the trees are turning and mammals are getting those great big bushy winter coats. Without a doubt it’s still one of my favorite times to be in the Rockies. 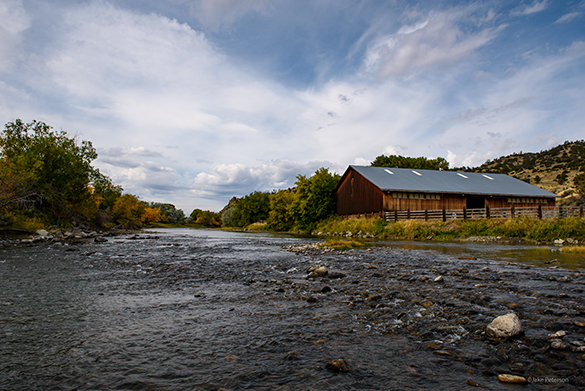 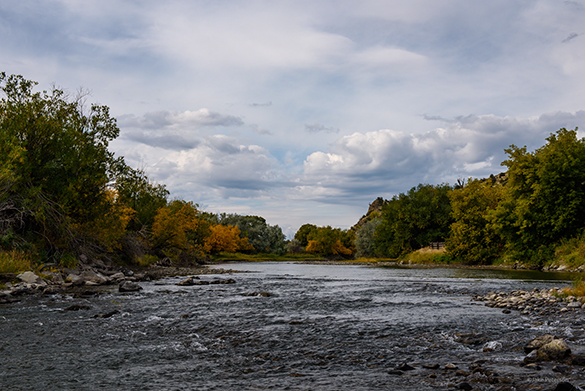 When it comes to working fall color is there a wrong way to work the scene? It’s hard to answer that since there are so many ways to work with landscapes. The big part of fall landscapes is color. Using color correctly isn’t just about the bright yellows and oranges but also the surrounding colors that go with it. That color contrast between orange and green is important to remember when composing. I went wide and tight with these two shots both taken with the D750 and 24-70 AF-S. Real simple clicks while out walking. As you can see the color hadn’t quite gotten to full strength on this section of the Yellowstone River but pretty soon it will. Can’t wait to go back there.

Most of the time when you say the word dust to a photographer they get that angry annoyed look on their face having had to deal with dust at some point in the past either on their sensor or covering the body. Most of the time it is our nemesis as it represents the natural elements that we can’t control as a photographer and we like being able to control those things. Well dust can actually play a very important role photographically when it comes to the concept of light. 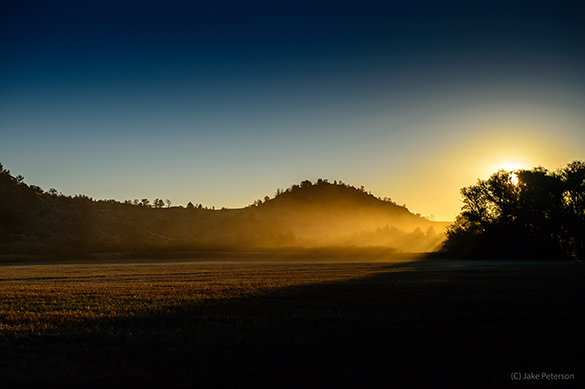 Light is the essence of our photos and it is constantly changing. What a lot of people don’t know is that dust particles can actually increase the effect light can have in a landscape image because the light is actually refracting off of those particles. It can create a layer that almost looks like steam or fog because of all the little particles. For instance when I got out to the fishing whole last Saturday I saw this one spot through the canyon where the light was coming through and a car had just passed by. I grabbed the D4 and 24-70 AF-S and made a few quick shots. The dust from the dirt road that the car kicked up was enough to create this effect of intense light. Those little particles that we hate so much on our camera gear can be so beneficial when used correctly.

Spring weather in Montana is always fun. You never know if you are going to need a rain jacket, a T shirt or a heavy snow jacket. It seems like the weather changes that much from sunny, to snowing. Well this past week we were spoiled with four days of partly cloudy 60-65 degree weather, culminating in some rain toward the end of the week. My friends, like myself, were dying to get out and have some fun. We headed over to the Yellowstone this past weekend to try our hand on the water. Although the both out fished me, I still got the images. 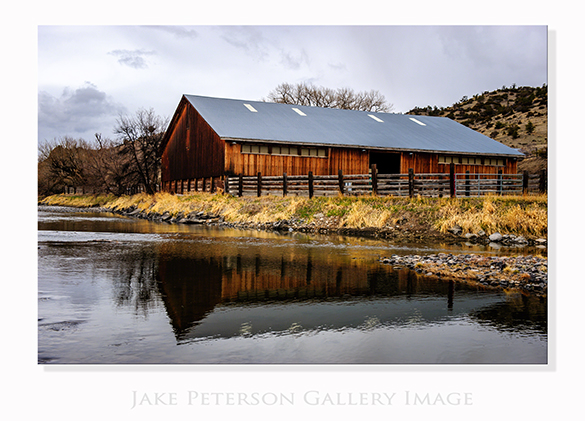 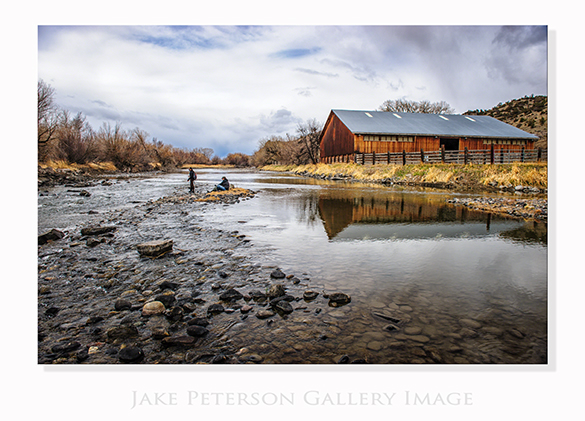 To me there is nothing more symbolic of the freedom of the west than a barn on a nice strip of land. What better place then right next to a river. Although this one isn’t too old, it still has some great character to it.