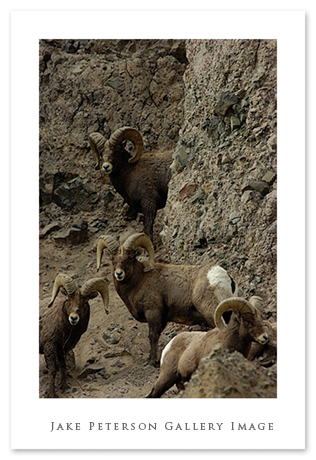 I haven’t had much time lately to go out shooting in Yellowstone what with the end of the semester and all. Yesterday I was able to go out for a few hours and have some fun. I went down to one of my favorite places, the North Entrance of the park, that’s where all the sheep are in the fall. Of course there was no snow so they were still there, much to my surprise. It was truly unbelievable what I saw. 13 rams, or at least that’s how many I counted, there could have been more unseen on the cliffs above, by the side of the road. This group above was on a shear vertical hill chasing around a couple of ewe’s and even a couple of youngsters. They were also headbutting on that face. 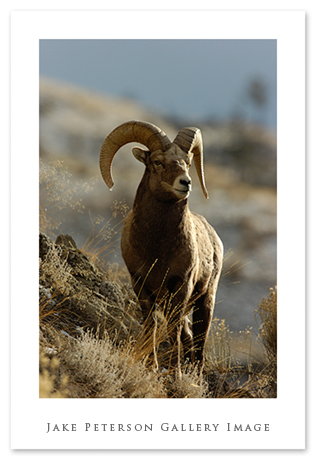 I couldn’t believe they could headbutt without falling down up there. But they were. There were nine on the cliff face on the side of the road past the river. The road goes through a canyon and on the road side not the river, 4 more rams came down and started munching on a little hill. It was perfecting timing cause the sky opened up enough to let in some beautiful light. I was out there with the six turning from one point to another, hill, cliff, hill, cliff. There were so many I couldn’t decide which to shoot. 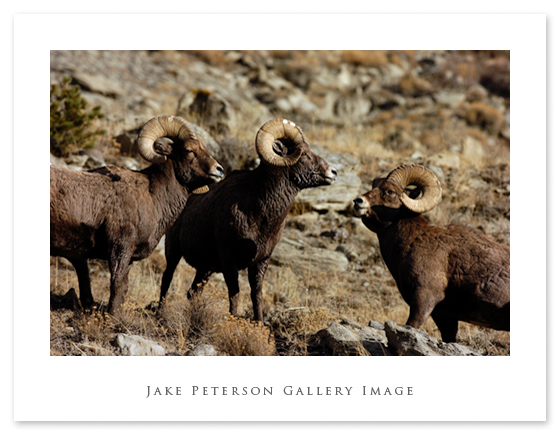 Of the four rams that were on the hill two moved off and the other two started headbutting. They continued on for about 20 minutes then another ram came from below and joined in. Then another came from across the river and finally a fifth one came from up top above where this hill was. There were five rams ten feet from the road headbutting. I couldn’t believe it, I still can’t. Of course I had the six so I had to run back and get the 300 out and even that was too much. 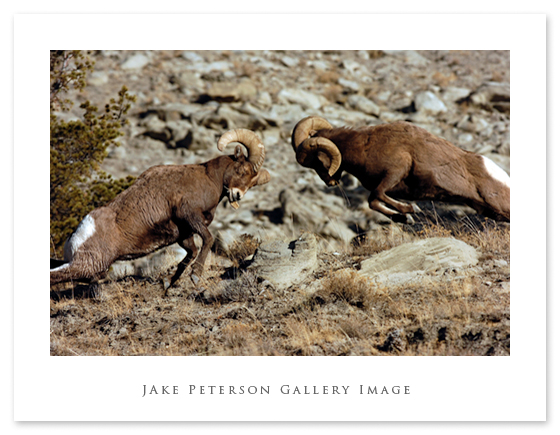 But it turned out alright. A 200 would have been perfect but I made due with the 300. So I stayed there and watched as these big boys went at it for an hour. Along by my side was a number of other people including other shooters and even a videographer. It was so cool hearing that thump. It is unmistakably loud when you hear it. I tell ya photographing these rams as they thump into each other isn’t easy. Since I had no experience with it before, I think I did alright. Can’t wait to go back and try again. The angle of the hill to where the light was hitting was definitely not helpful. I had to keep moving and the land behind me was a drop off into the river. Sure was fun though. 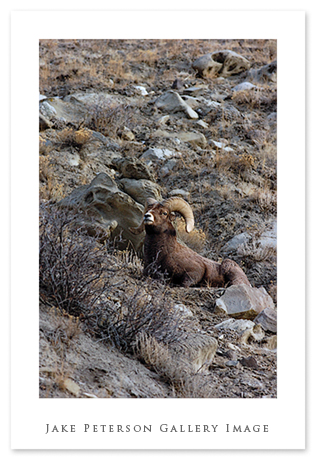 In the end two of the rams went down the road, one went up to the cliffs above, and the other two just kinda stopped and took it a bit easier. The day ended with 10gigs of images and a lot of excitement.