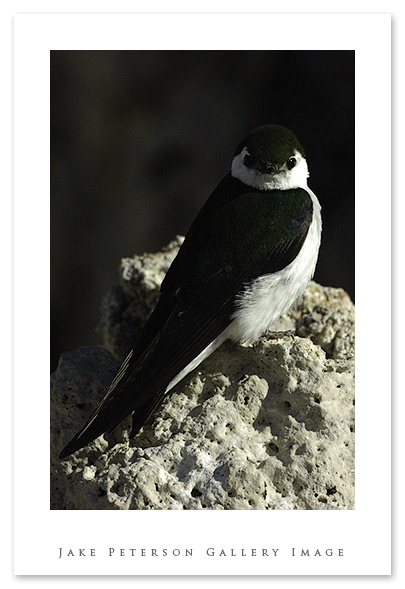 This past Monday i was home relaxing after the long drive from Montana. My Dad came up to me and said that he had a Pt on Tuesday and Wednesday that they were going out shooting and that he wanted me to come along. Naturally i said yes and went with them down to Mono Lake. The intent was to find Gulls to work on proper panning technique but due Cal Trans we were unable to go to the proper location and thus to another place. It turned out to be a good thing because the location we went to was great for Violet Backed Swallows and California Gulls. 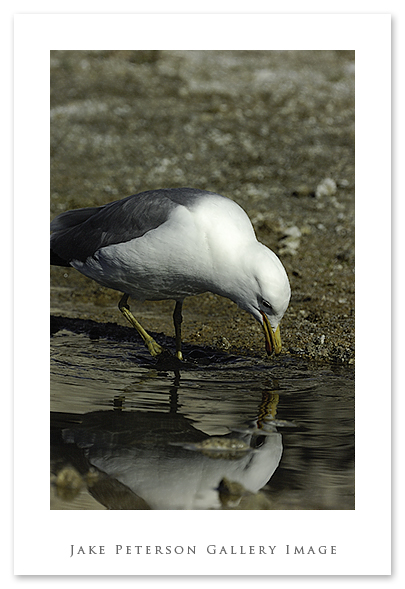 There were three Gulls that looked like they were playing in the mud but in reality were forcing some kind of small insect or crustacean up from the sand. They provided some rather interesting entertain, needless to say they were very amusing. 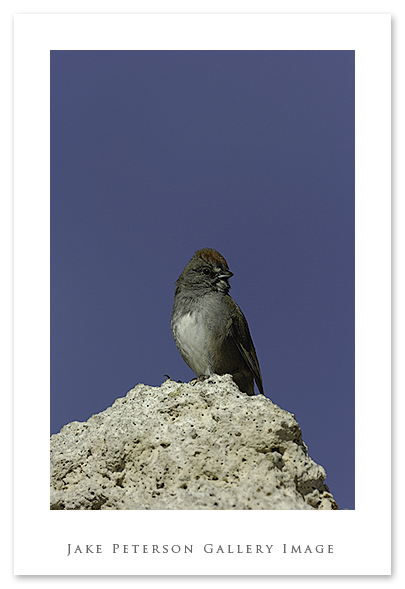 The morning ended there at Mono Lake with this little guy. A Green Tailed Towhee was hanging around the tufas calling for a mate. Dad and I were both interested in him, and althought this may not be the best of shots it is the first of this species in my files.