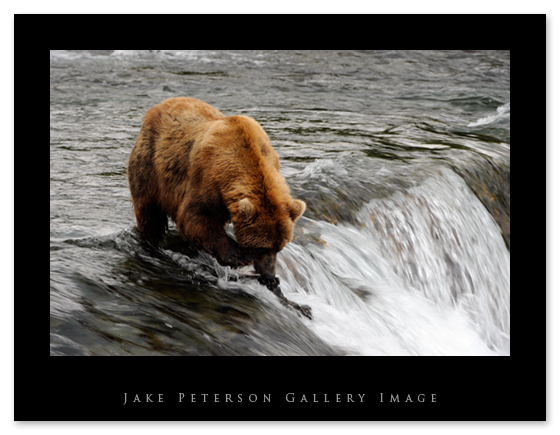 If you’ve visited my Dad’s site then you know the three of us along with the Doblers are up in Alaska photographing one of the creatures that we never get tired of, no matter how many thousands of images we already have of them. The Grizzly Bears of Alaska have always interested us and probably will always. Now I’m not as fast to blog as Dad is, no one is for that matter, but after yesterdays first day of shooting i was able to get up this post, slowly. It is the first time i have ever been to Brooks and boy is it different from McNiel. The really big difference, besides the actual shooting location is the people. There are so many people at Brooks, the maximum amount of people on the platform itself is 40. That’s 4 times the number of people that were at McNeil, and that’s just the main platform. At least they chose a good place to go. 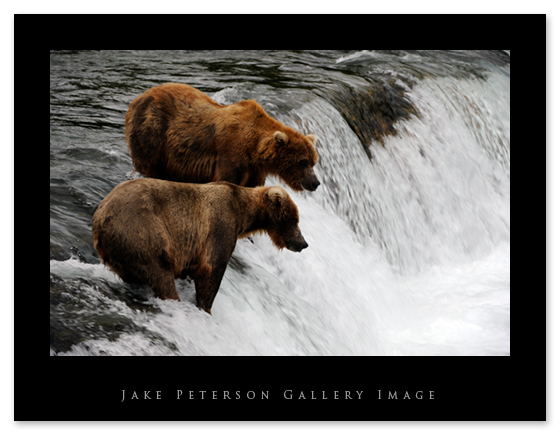 We walked down to the platform from the campsite, which in its entirety is about four miles. From the campsite to the lodge is about half a mile. So each day is a good amount of walking which is nice considering the great meals we are getting. There we are the five of us walking down the paths, three of us with tripods and lenses. We get to the platform and there is the falls, whats on top of it but three bears all looking for that easy catch. When the salmon run is good the fish jump up over the rocks and right into the bears mouth. It seemed like we hit it just right. 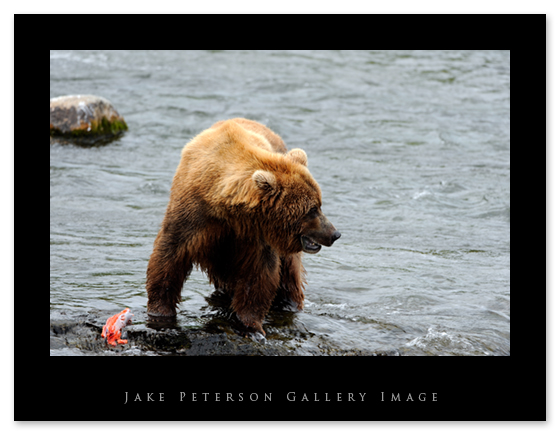 The more dominant bears are at the top and the younger bears pool up at the bottom of the falls. There was an average of eight different bears at the falls at one time, we saw a total of 15 for the day. All species, bears especially, have optimal foraging techniques, which basically is spending the least amount of calories for the most amount consumed. When the salmon run is good they will only eat the roe, skin, tail and head of the fish. The rest of the meat floats down the river for other critters to pick up. This way they have more space for the higher calorie parts. When the run is slow they eat everything, more calories for less work. The carcasses lined the river and from the looks of things it will be a good week.My blogging will be a little behind but the whole story will be told.