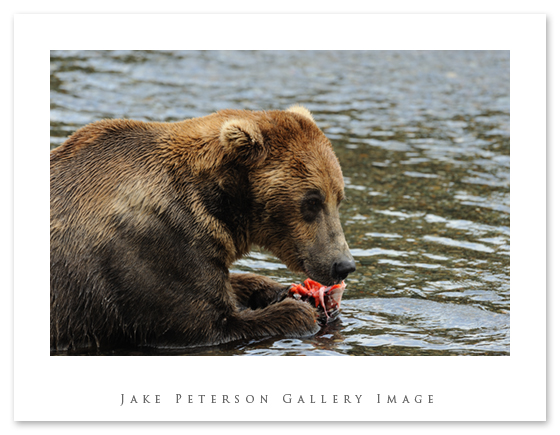 Yea it’s the last day that we get to work with the grizzlies at Brooks. It is always sad when you have to leave a really good vacation. It is nice to be able to come back to a good home though. With the last day here, we decided to make the most of it. We went out to the platform in the afternoon like usual. The usual bears were there. The one above we call bubbles, don’t know his actual name, because he always sat in the pool longer than any other bear. Always seemed happier to sit there than to fish. He was going good today, caught five fish from the time we got there till we left. Of course that’s not counting any others he might have had earlier. He got full though, started leaving carcasses after skinning them. He also would take them over to the island to eat. 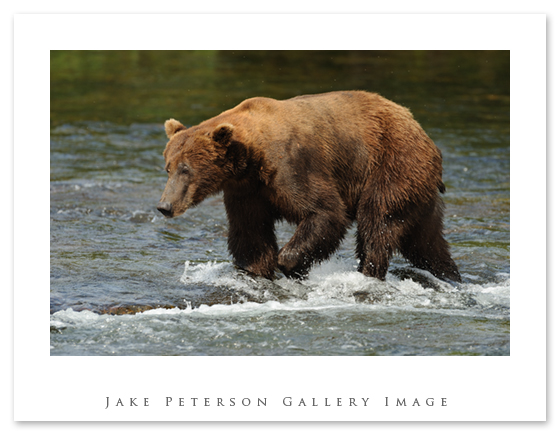 This bear above wasn’t around a whole lot. He would come in and try to steal the good fishing spots. He acted like a dominant bear but ended up just walking down the river. He walked around enough though to make some decent strolling shots. 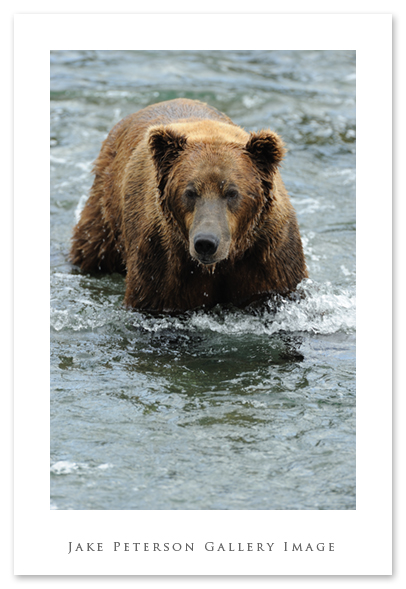 This big guy is Ted. Ted is one of the bears that we got more attached to than any other bear. Besides the fact that he is one beautiful bear, he has a pretty full coat and good body structure. He was around for most of the week, but some of the best shots were not captured till the last day. He was quite good at walking around the falls. He would stand at the falls and wait for fish to go by and then try to grab them as they did. He would get frustrated and walk around the river searching before going back to his spot. He was a pretty big softy and wasn’t confrontational. But when he was in his spot no other bear would go over to him. He must have been in his teens and had to be one of the more dominant bears. We guessed that after his last fight, cuz he got into one that tore off a flap of skin on his back leg about 12 inches long, he didn’t want to fight anymore. The image of the flap hanging wasn’t pretty. 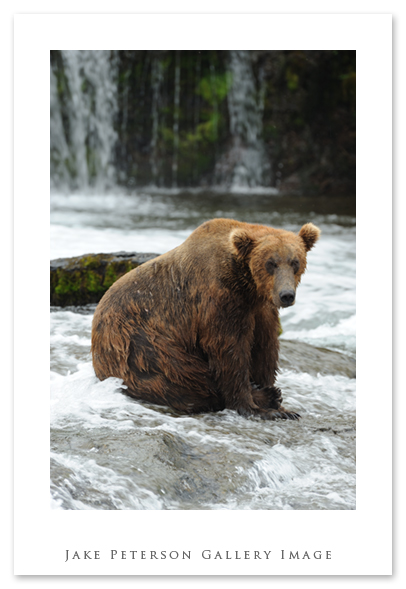 This seemed like the right image to end it on. It has a sad droopy look to it that just seems to ask why. This bear is one of the older ones and is going through a rather bad molt. With his age comes his right to be dominant. He took the spot from the two younger bears at the pool earlier that same day. He lost that one, and moved over to where you see him here. It isn’t as good a fishing spot. Well, that’s only a taste of the bears we got to see and i wish i could see them again. I always like ending the summer with bears and although the summer hasn’t ended yet it will soon enough, so back to home we go and photographing the Sierra’s.