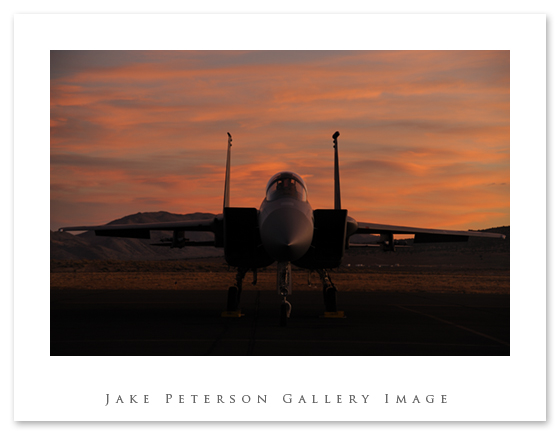 Wednesdays are always a tough day during the average week. There is so much that needs to be done. Its not like Mondays that just suck because you know the weekend is over and work begins again. Wednesdays are the days when half the work is over but you still have another half to go. This thought is in my head as i write this, ya see i was up most of the night get work done, playing catch up for my taking off last week. I’m not complaining cuz my professors have been very nice, giving me a few breaks. But its still work. In light of that i thought it would be good to have a nice mellow day of blogging. These shots were taken Saturday morning before Scott and I went out onto Home Pylon. 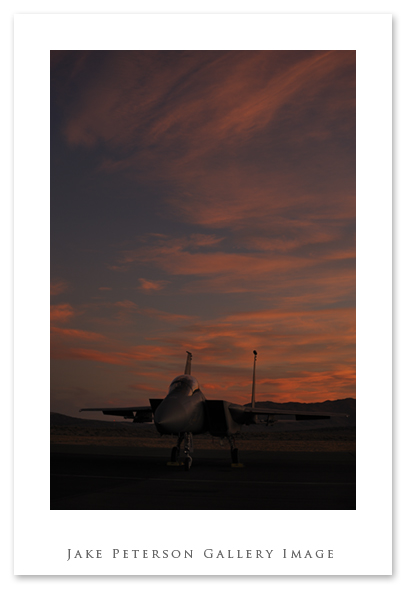 This was the day with the best clouds out of the whole week. They were just great, nice simple fluffy clouds. The light bounced around in them creating just outstanding skies. It was so good that i didn’t have any work in post to do. It helps of course setting the camera’s white balance to cloudy, it made the skies warmer and more colorful. Now you can do the same thing in post but that’s just more time wasted. As you can see i tended to like these F15’s, the Blue Angels just had too many people around them. 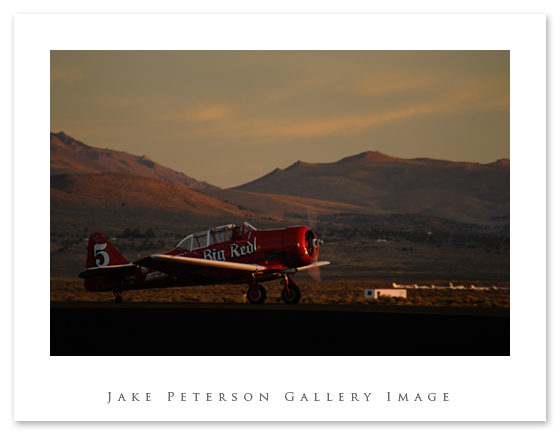 As we were heading back in to get ready for the morning rush, Brent and I stayed out a little longer. The day before Kevin and I were in the right spot to catch a couple planes come down the runway to get some runs in before things began. Well with that knowledge i knew i wanted to be in position in case they did that again. They did. This here T6 known as Big Red came out first and the light was hitting it just right. Slowly the light wrapped around its wings, down the fuselage and disappeared by the tail. It was one of those mornings. 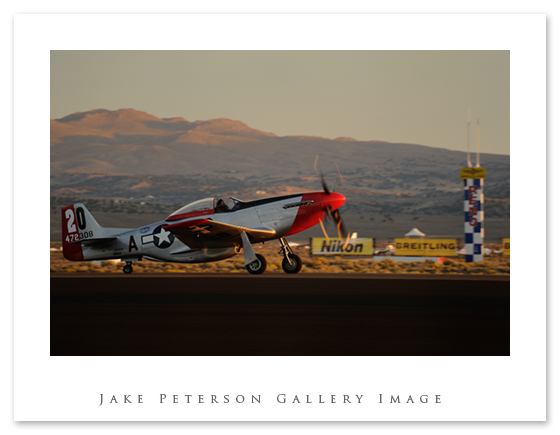 As good as the T6 was, the P51 D Mustang known as Ridge Runner III was that much better. It slowly came down the runway, the light just shinning brilliantly off its silver fuselage. That red tip nose just glowing like Rudolph’s, it was a sign that it would be a good morning. 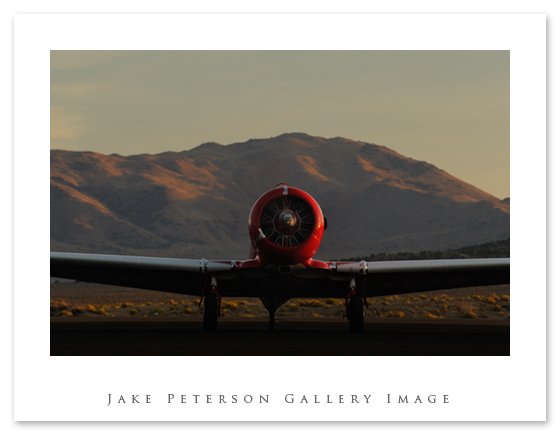 The planes never actually took off as it turned out. They went down towards the end of the runway and stopped right before where the Blue Angels were parked. This is the T6. The propeller was spinning so fast that it’s hard to make out but it’s there. I wish the clouds had stuck here but unfortunately they had slowly moved off and the light was no longer making them look spectacular. With this last moment caught, i headed back to the Media Center shaking with excitement for the things to come later that day.