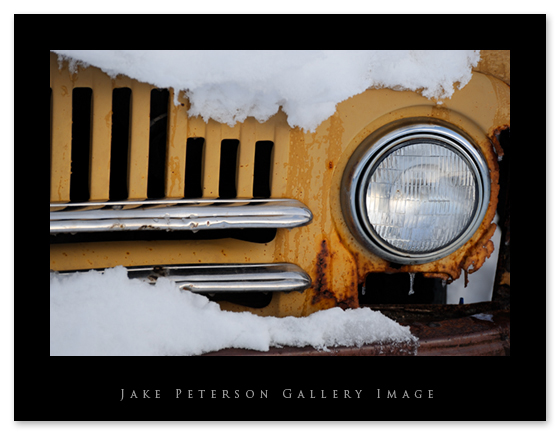 Black and whites aren’t the only images found at the junkyard. The grills of classic cars can tell such a story. Like this one above. The character of the fender being completely rusted away but the light is still hanging in there is just way cool. The age of the truck is shown but life still exists. 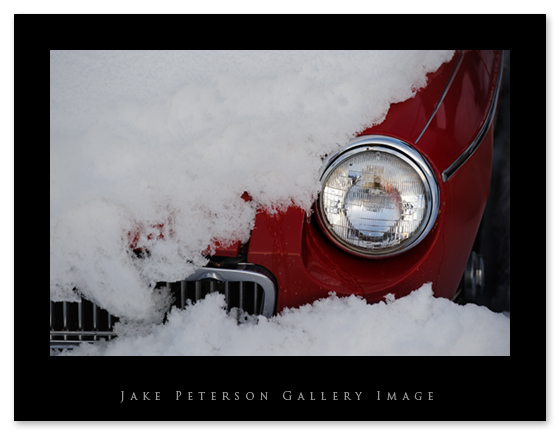 In this one life isn’t just hanging on but is still kicking. To me it seems like the car is being hidden behind the snow waiting for a chance to emerge. It has not even had a chance yet to become a classic. 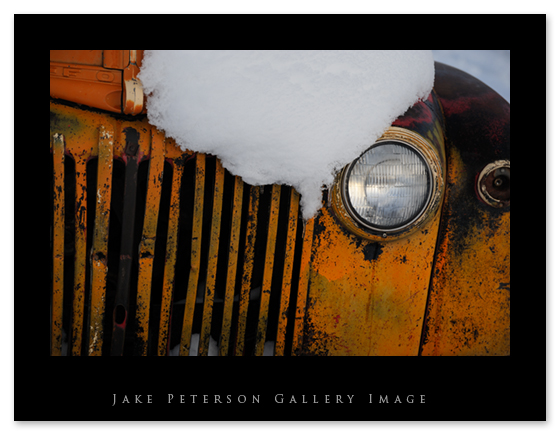 Finally the cool one. This one screams something from the 70’s. The colors, o the colors! Sorry it’s just the first thing that came to mind when i saw this yellow and green truck. The great thing about these old vehicles isn’t just the way they look, but the options avaible when finishing them. There are endless possiblities, but since i learned to keep things simple from, well you can probably guess who, i merely used Nx to drop a couple of points and done. More fun for later.