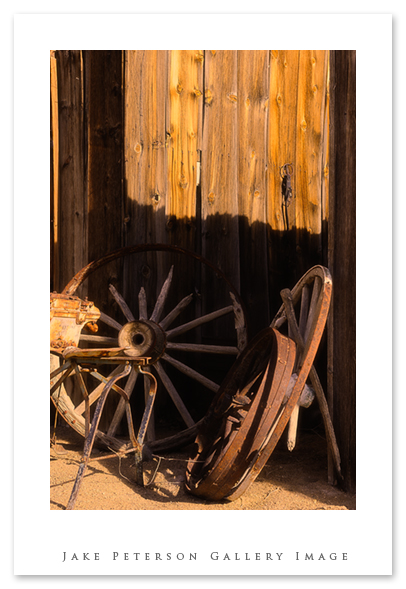 One of the large beliefs is that when it is the middle of the day and the light is considered harsh, it is best to not shoot. Well this isn’t true. Mid day light can be used just as long as one is aware of the higher contrast, stronger shadows and of course the dreaded blinkies. Being more selective and working around these elements can led to some great shots. For instance this shot above was taken in full sun light, the white medal of the scrap piece on the left is somewhat lost information but still understandable, and the shadows haven’t taken away any critical information. In this shot i’m actually making it more intense to give it that hot, bright day with a heat shimmer coming up off the ground look. If you’re shooting in midday light make the scenario work around that light. 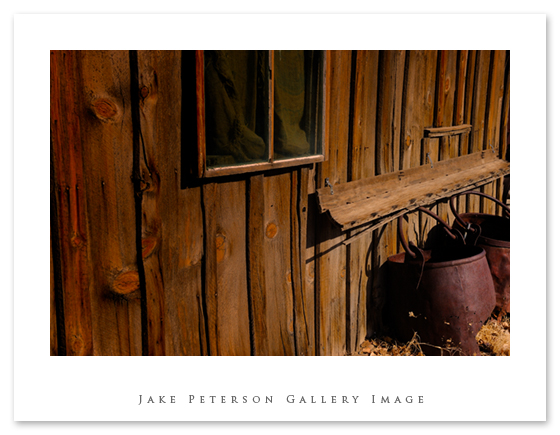 Rustic buildings are always something i like to work with. Being up in Montana i have the chance to work with a lot of ghost towns and mining towns, but the trick is finding the buildings that actually have interest to them. The one above here caught my eye because of the buckets below it. Now all the buildings have the same wooden slat sides and well it’s nice but not really interesting outside of just being a pattern. The buckets and window break it up. What got me wondering about this wall was the window seal wasn’t under the window nor were the buckets. So i was curious what were they used for or why put over there? Simple little items make all the difference.