After a long day driving back on Monday and getting things sorted out yesterday I finally have time to blog. It was a heck of a good time down in Chino this past weekend surrounded by beautiful aircraft and good friends. I’m still working through the 152gigs of images that i took this weekend but I wanted to get something up. This is the N9MB Flying Wing. It is a very rare aircraft that really tends to turn some heads. As you can probably tell there are some missing components to this aircraft as opposed to other traditional planes. This particular plane has no on board computer so everything he is doing to fly this plane is manual. 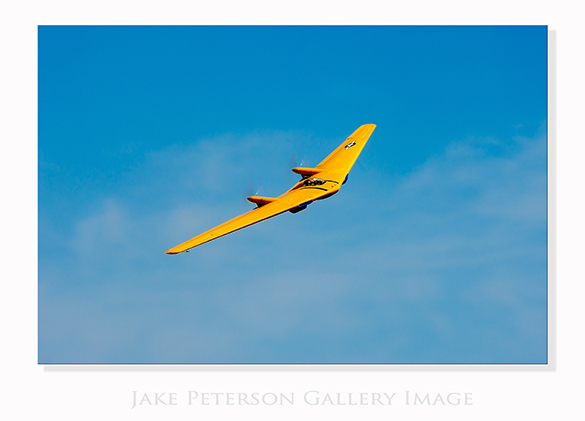 The N-9M is a one third scale model used to develop the XB-35 and YB-35 long range bomber program. The plane was first flown in 1942 and later would pioneer the way to the B-2 Spirit Stealth Bomber. Today the N-9MB can be seen in only a few places. It has become a rather rare aircraft with even less pilots able to fly it. Planes of Fame has a beautiful example of this amazing piece of flying history.