We tend to see a lot of strange things at Reno, we never know what will show up. Well this year one of the qualifying planes in the T6 class had a very unusual paint job. At first glance it appeared to be a SBD Dauntless Dive bomber which if the wings were less straight it could pass for one. The couple days that we had clouds, the great clouds showed up before I got there, were good shooting days. The SBD T6 as we lovingly dubbed it was unusual but fun to photograph. There was something catchy about the plane. It certainly stood out surrounded by all the polished aluminum T6’s 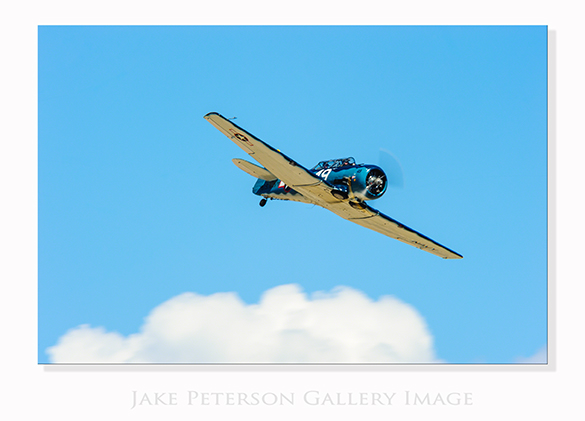 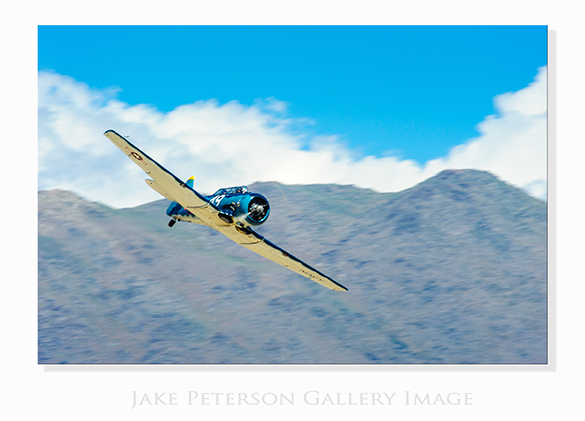