One of the great things about having friends with airplanes is the occasional flight. Taking good photographs doesn’t hurt either. While down in Houston I got to go flying with the Texas Legends on a couple flights, partly through projects my Dad was working on. The day after I got to Houston they put up all their ships on another photo shoot for another photographer, one of those aircraft was the B-25 bomber. Their B-25 “Betty’s Dream” is one of three B-25’s that are most accurately restored in the country. IT is absolutely beautiful inside the plane. The nice thing about a B-25 is that their are a lot of seats. In the back there are three seats, radio operator, tail gunner and waist gunner. I got to be in the back shooting out the escape hatch, which comes out, and the two waist window plexiglass windows. 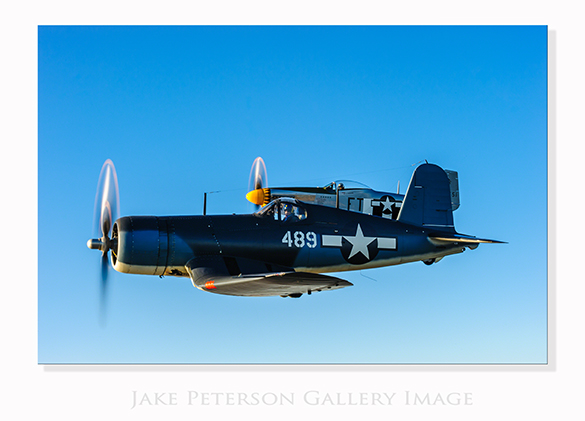 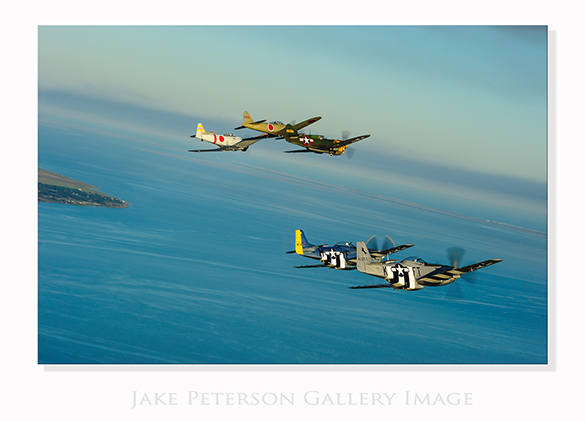 The one plane that does stick out in the group is the Zero to the far left. It actually isn’t a Zero but a modified T6 from the Tora! Tora! Tora! performing group. It was flown by a friend of the Texas boys and the main photographer was in it. With a swivel seat it makes shooting out of a T6 much easier. I have to say though my seat in the back of the B-25 didn’t suck either.