While not considered one of the big five, the Hippopotamus is still considered one of the most dangerous creatures in Africa. While surprisingly fast for it’s size the hippo’s main strength lies with its shear size. Of course the five inch front teeth on it’s lower jaw make a big difference also. Despite this female and kid hippos tend to live in family groups up to thirty members. They often are seen in deep pools where under water they have paths made in the ground beneath the water. About every thirty to sixty seconds they surface. Most often they are seen like this with just their eyes and nose above water. Even though they have irregular tendencies at times, they are still a pretty cool mammal to witness. 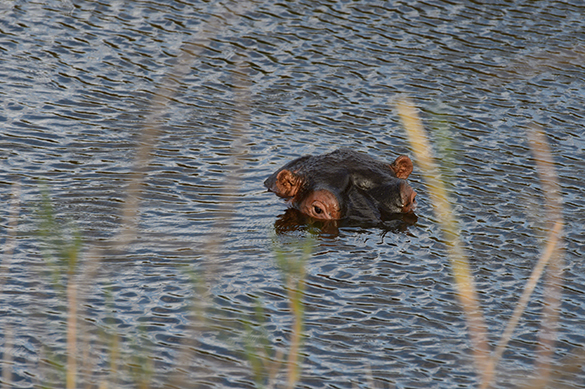