The first airshow of the season for me is already in the bag. The Los Angeles County Airshow was great two day event with numerous acts displaying all kinds of aviation talent. Taking place at Fox Field in Lancaster, CA, the airshow is still in its infancy with this being only the third year that the field has played host to an airshow. Despite those difficulties the airshow already has already attracted numerous great acts including the Blue Angels, Melissa Pemberton, Kent Peitsch, Third Strike Wingwalkers and of course the Texas Flying Legends Museum. 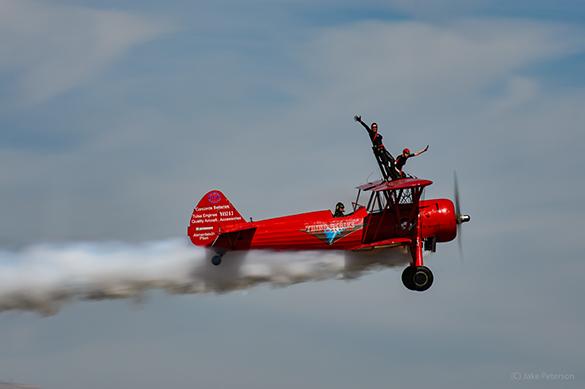 Ever since I started in aviation, wingwalking has always fascinated and scared the piss out of me. It’s just one of those great traditions in vavition that goes back to it’s barnstorming days, when pilots would go from one city to the next showing off the capabilities of flight and a true test of the human condition. It takes many factors to be a great wingwalker and have a great routine. This was the first year that I had seen the Third Strike Wingwalkers, featuring Kelly Garvin and Carol Pilon. There act was quite good with two flights, the first being with both of them and the second featuring only Carol and far more aerobatics by the pilot. Both acts were great entertainment. 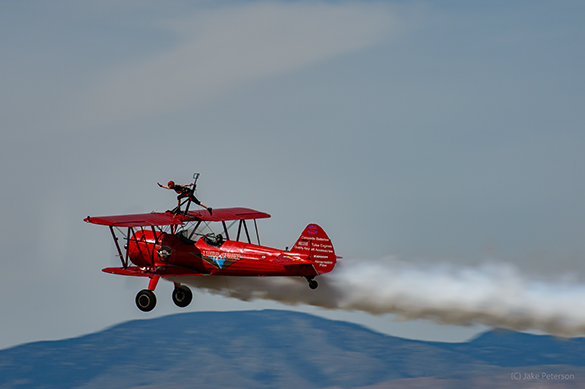 Los Angeles County Airshow provided one thing that every photographer enjoys having and that’s clean backgrounds. It makes life so much easier and enjoyable when you have a great background to work with. Now there are still the southern California skies to deal with but all things considered this past weekend we really lucked out and had some good skies. If you use Adobe Camera Raw then you can use the Dehaze slider to help bring out the details in the clouds and the sky and remove some of that natural haze. Be careful when you use it because too much will make the image look really contrasted and not at all appealing or natural.