Today marks a little less known day in the history of the air war during World War II. Five Curtiss H75 Fighters of the French Air Force engage German Bf 109’s and shoot down two. This was the first French air to air victory during WWII and also marks the first for the allies, although the United States hadn’t entered the war at this point. After the German occupation of France the government and thus the air force operated out of England and North Africa. On June 17 1940, five days before the Franco German Armistice, the first airmen took off towards England to help form the new Free French Air Force. 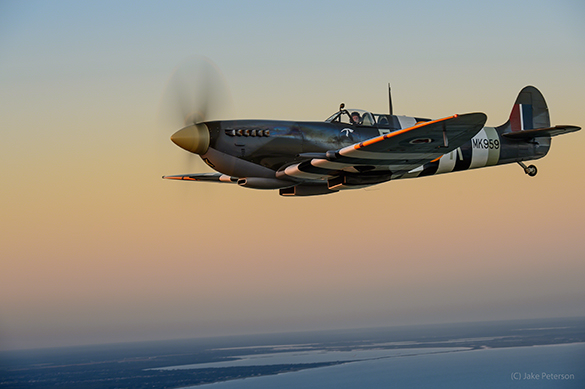 While not many representations of the Free French units exist here in the United States, one example is the Texas Flying Legends Museum’s Spitfire MkIX, a true combat vet and one that served with 329 Free French Squadron RAF unit based out of Merston, England. The Spitfire came off of the assembly line in March 1944, it went to the 302 Polish Unit based in England, it then went on to a couple other units before ending up with the 329 nine days after the invasion of Normandy. MK959 fought bravely throughout the war and represents only one of many allies that fought.