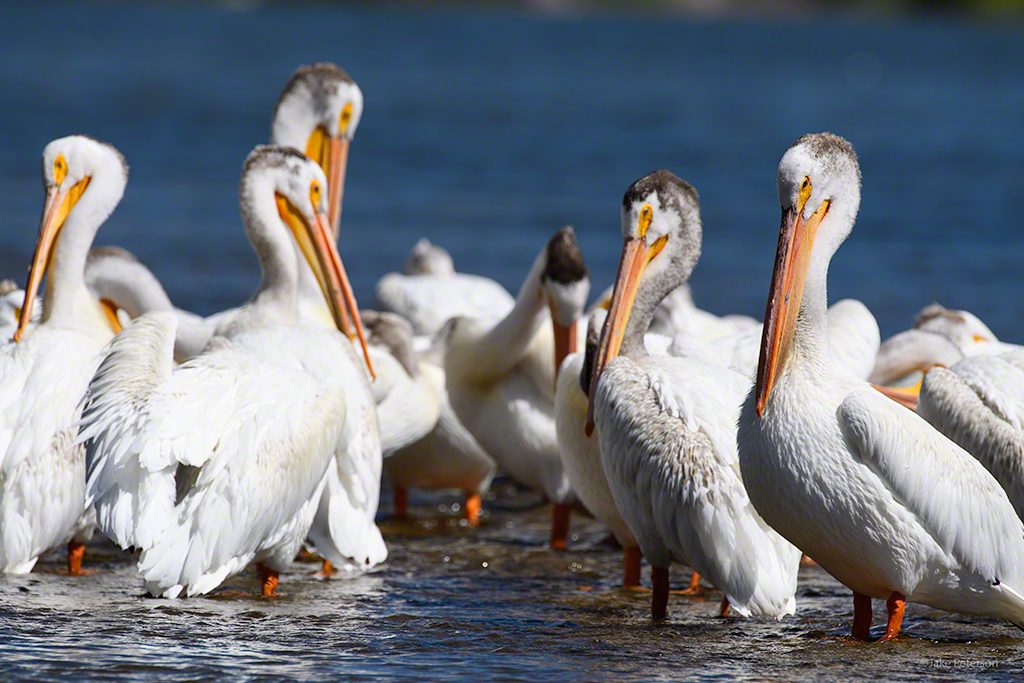 It’s really fun when you go do something that you’ve been wanting to do for a long time. Working with American White Pelicans in Montana is one of those things for me. Every year they come back and haunt the Madison River in big flocks. As you can see most of them are juveniles but with the regularity of people floating by on drift boats and rafts, they have become rather habituated to people. This made approaching them easier which I did with waders.

Two big things when working a group of birds like this. First, you got to watch the light. These birds are big and bright and they really stick out against the dark blue background causing a lot of contrast. Due to the nature of the local, the light was kinda hard when I started so that caused more contrast. The solution was wearing a pair of waders and walking around the birds until I found the angle that worked. I went slowly, and watched them, thus making sure they were comfortable with me.

The second piece of advice is having to work with the group itself. With so many heads, bodies and butts it’s easy to chop something off or have something extra you don’t want in your photo. So, be patient and watch the birds. Find a good subject and wait for the right moment.