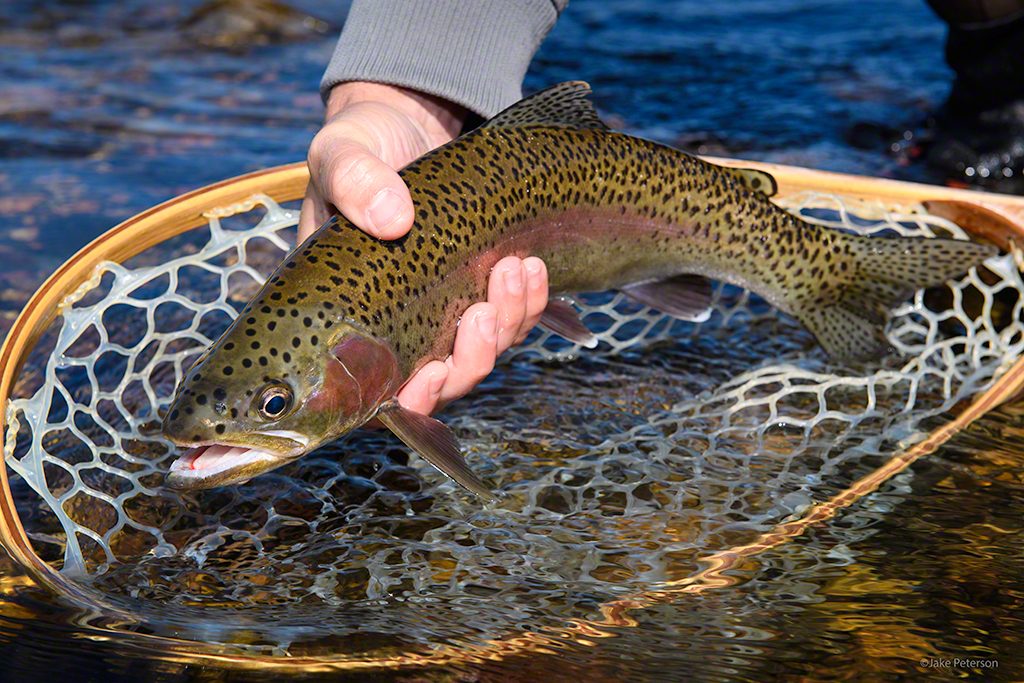 Well it isn’t a fall brown but it certainly was one beautiful Rainbow. He hammered the white streamer during the afternoon bite and was kind enough to pose for a couple of shots. The one key I’ve found to this arena is to use flash. There are so many people who hate using flash but at the end of the day it is a great tool to know how to use. Flash is what made that color pop and without it would have been bland.