March fifth was another important anniversary as it marked the 85th Anniversary of the first flight of the Supermarine Spitfire. The Spitfire is not only an iconic aircraft from WWII but it is also one of the most revered fighters to have come out of WWII. Enthusiasts and historians alike have a passion for the Spitfires. From the first conception to the epic battles over Great Britain in 1940, to Africa, the Mediterranean, the Pacific, Southeast Asia, and of course the epic dogfights over occupied Europe. The history of the multiple variants of the Spitfire goes on and on and lives on today with numerous examples being flown around the world. Needless to say that this is merely going to be an INTRO post as there is no possible way for me to write about the whole legacy of this plane. 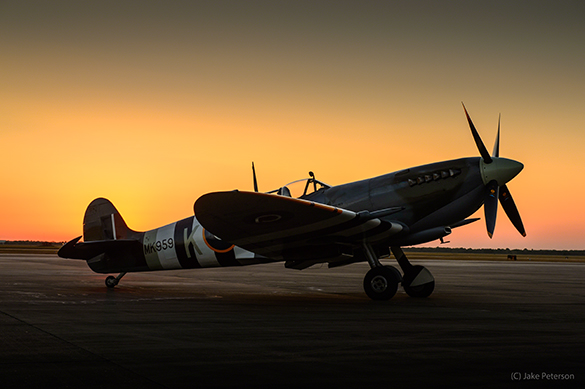 The Spitfire was designed by R.J. Mitchell and his team at Supermarine Aviation Works, a subsidiary of Vickers-Armstrong, to meet Air Ministry requirement F7/30. Mitchell designed the Supermarine Type 224, an open cockpit monoplane with fixed landing gear and a 600hp engine. It was a disappointment so the team “cleaned” up the design and created the Gloster Gladiator Biplane which was accepted into service. Mitchell then designed Type 300, an improvement on the Gladiator, but wasn’t enough of an improvement and was turned down. Mitchell went back and redesigned the Type 300 with a single thinner wing, breathing apparatus, closed cockpit, and a more powerful Rolls-Royce PV-XII V-12 engine, later named the “Merlin” engine. In December of 1934, Mitchell got the backing by Vickers-Armstrong to go ahead with the improved Type 300 and in December of 1934, the Air Ministry provided the capital and contract to produce the improved F7/30. On January 3rd, 1935 Air Ministry approved the contract and designated it F10/35. 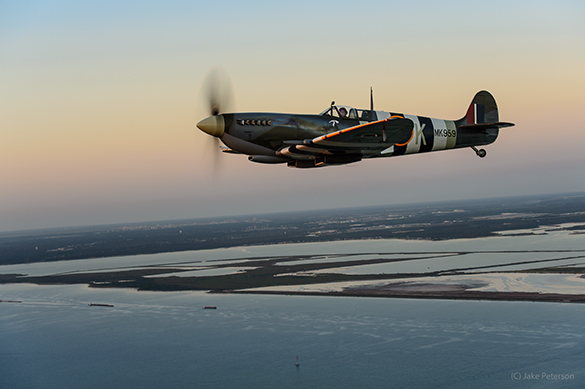 Many features made the Spitfire a unique aircraft, one of the most distinctive was the elliptical wing design. In 1934 the design staff had to solve the need for a thin wing as well as one that was strong enough to house the undercarriage as well as the armament and ammunition. The elliptical design was the most efficient aerodynamic plan for an untwisted wing. Needless to say that I am not an expert on the aerodynamics of drag on the wings so in this case, I would recommend looking up the engineering and flight characteristic of how an elliptical wing is better than a straight edge or swept wing design. As the Spitfire evolved to handle multiple roles so were the refinements of flight characteristics. The history of the Spitfire is partly due to the history of the multiple engines, wing, armament, airframe, cockpit, and other characteristic changes. There are in fact too many to write out everyone here.